Home / Movie / The young actor from “It” star in the Thriller “Mary,” with Gary Oldman

The young actor from “It” star in the Thriller “Mary,” with Gary Oldman

I think nobody doubts that “It” Andres, Moschetti gave us a whole bunch of potential stars with a great future in the movies. In confirmation of this it became known that the actor Owen Teague, who played the role of Patrick Hockstetter in the film adaptation of Stephen king’s, now joined castes other genre paintings.

The publication The Hollywood Reporter reports that Owen Teague will appear in a mystical Thriller “Mary” (Mary):

The film tells about a family struggling for survival. Hoping to start their own business, they buy at auction an old ship, but only in the open water far away from civilization, it will open all the dark secrets lurking in this purchase.

In the Director’s chair got Michael GOI (“American horror story”, “Missing Megan”), and the script was written by Anthony Jaswinski (“Shallow”).

In addition to Owen Teague, caste Thriller has listed not just anybody, but himself Gary Oldman, star of such films as “Leon”, “Dracula Bram Stoker”, “the Dark knight”. His old friend Douglas Urbanski (“the Spy, come forth!”) will assume the responsibilities of Executive producer.

Let’s hope that the role of a young Owen Teague will be more and more interesting, than “It”, because with all the enthusiasm from the new adaptation of the sinister and ambiguous image of Patrick Hockstetter was revealed there is a little more than nothing. 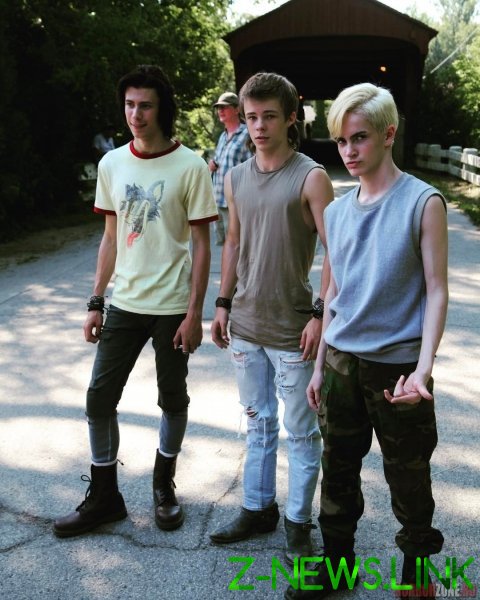