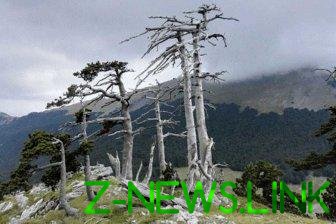 Analysis of more than a thousand ancient pines, produced by European scientists, made it possible to determine the impact plague, which raged in the South of Europe in the fifteenth and sixteenth centuries. About how the trees helped in the study of the effects of the plague, writes the edition of “Popular Mechanics”.

We are talking about the Alpine pine trees that live for a thousand years or more. Scientists from different countries have long paid attention to these trees, allowing to study, for example, the climate history of Europe. And, as it turned out, not just her.

“We analyzed 1146 pine trees in the Alps, and found that one of the outcomes of the plague, and period of social and economic instability that followed it, was the strong growth forests. The forest has filled in many of the pastures that has been used for hundreds of years” — say the authors of a new study.

After the epidemic of plague in Europe depopulation occurred, and then, about fifty years later (during this time, freed from agriculture soil time to recover), began active growth of trees in areas where previously was pasture. The study showed that the effects of the plague was more serious than previously thought — in many parts of Europe, agricultural activity began to recover only to 1600, and the full recovery took even more time.