Home / Incident / The tragedy in Rivne region: the train got mother and son

The tragedy in Rivne region: the train got mother and son 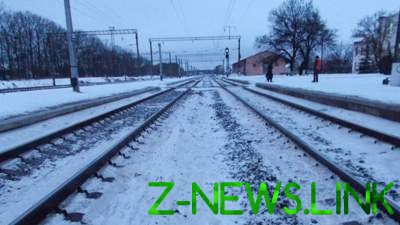 The woman died on the spot, her son was taken to hospital with serious injuries.

In the Rivne region in the village Ozhenyn two people were hit by a train at the railway station “Jail” in which the woman was killed and her son was taken to the hospital with injuries.

The police said that 55-year-old man took his 53-year-old wife and three sons (25, 17 and 9 years), who were going to Kiev to relatives, to the railway station “Jail”.

— All four were late, so when he noticed the train started to cross the tracks to catch it. The elder and younger sons had to cross the road, but the mother was delayed. Noticed 17-year-old son who rushed to help her. However the woman has got under a train, and from the received traumas has died on a scene, — is told in the message.

On this fact opened criminal proceedings under part 3 of article 276 of the Criminal code of Ukraine (violation of safety rules of movement of railway transport, which entailed death of people).