Home / sports / The tour de France to 2018: Sagan won the sprint and took the yellow Jersey

The tour de France to 2018: Sagan won the sprint and took the yellow Jersey 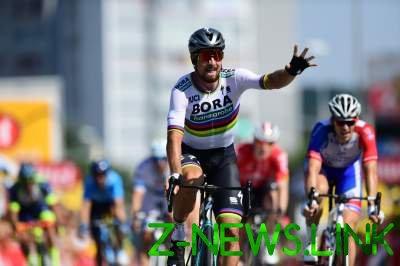 Due to blockage in the last kilometers of the race in the finish group are unable to participate, the winner of the first stage Fernando Gaviria and German Marcel Kittel. Sagan attacked with 200 meters to go and managed a few inches ahead of Frenchman Arnaud Demare.

Sagan won the ninth victory in the Tour de France and became the new holder of the yellow Jersey of overall leader. Nearest rival Slovakia is ahead by 6 seconds.

The results of the second stage:

Overall standings after the second stage:

Tomorrow the Tour de France is a 35-kilometer team race with separate start with a length of 35.5 kilometer.