In addition to the epic trailer of the sequel of “Godzilla” we got no less epic poster. In Runet already heard jokes about the dragon, but where do without them? Because the image in all its glory and with all of the heads appears to be one of the most horrible kaiju king Gidora. Have Godzilla be a problem.

Godzilla: King of Monsters removed Michael Daugherty, known for the film “trick or treat”. And that’s what awaits us:

The story tells about the heroic efforts of the cryptozoological Agency “Monarch” to contain the giant monsters. This time against the mighty Godzilla are mothra, Rodan and the ultimate kaiju — a three-headed monster king Gidora. When these ancient superchinese, eventually turned into a half-forgotten myths, rise again to meet in battle, the remains of humanity to step aside and try not to die.

“Godzilla 2: king of the monsters” will be released in Russia on 30 may 2019. There is still time to prepare for the appearance of monsters. 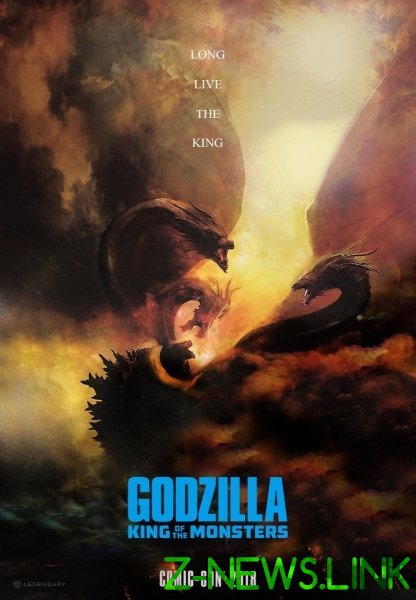