The situation in the area ATO wounded one soldier APU 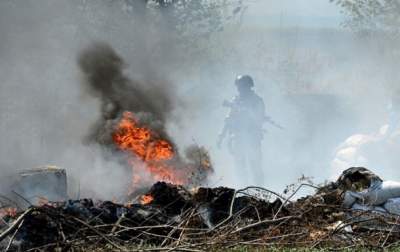 All the insurgents 31 times violated the truce

At the end of the last days the situation in ATO area remained strained, however, fully controlled by the Ukrainian army.

Traditionally, it was hot in the evening and night in the area of Avdeyevka industrial zone. Here from different types of grenade launchers, heavy machine guns and small arms of the Russian mercenaries fired at our strong points. A weapon the enemy was twice beaten by the Ukrainian defenders at the mine Butovka, announced the press center of staff ATO .

On Lugansk the direction for the first time since the start of the truce, the enemy used artillery. So, about 21 hours, the militants opened fire from 122-millimetric artillery on the outskirts of Novotoshkovskoye. And mortars of caliber of 82 mm was beaten in the Crimean and Priceprice.

In the seaside area of mercenaries employed anti-aircraft guns in the area of Hnutove and heavy machine guns – twice near the Water.

Just over the past day Russian-occupation grouping 31 times violated the truce. In response to the forces of the ATO 14 times opened fire. As a result of combat action one Ukrainian soldier was injured. 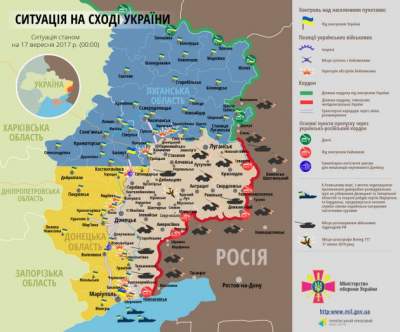