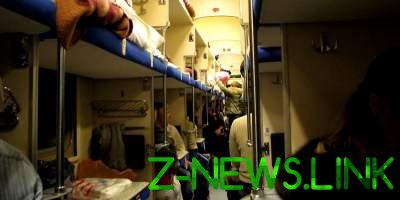 The decision will come into force on 1 January.

The conflict of the Corporation “Russian Railways” and Federal Antimonopoly Committee has reached a new level, Russian Railways announced the suspension of sales in couchette and General cars of trains of distant following.

The exception of the high-speed trains, tickets for which will be sold as usual. The decision will come into force on 1 January 2018.

Yesterday the head of FAS Alexander Redko said that the FAS has suggested to lower the tariffs for long-distance passenger transport and Railways in 2018 for a 10% “we Need to focus on incomes and competition” — sure fighters with monopolies. The Ministry of transport and Ministry of economic development, in turn, oppose this initiative. This is a classic mezhvedomstvennoi conflict, the natural relations of the Corporation monopoly, and the Antimonopoly service.

When the first is committed to improving the quality of services provided, which consequently leads to higher rates, and second, on the contrary, sees in it the desire to maximize the benefits of the monopoly.