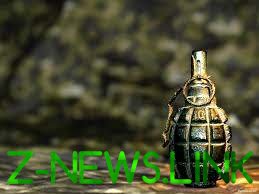 The man decided to pull the pin and take a picture with a grenade.

In the city of Labinsk (Krasnodar Krai) 26-year-old man died when a grenade went off in your own car. On Tuesday, November 28.

“One of the (…) version, the man was sitting in his car and took pictures with the fighting grenade. For effect he pulled out the pin of the projectile. Pictures of male share with their friends in social networks and messengers. At some point, the grenade exploded right in [his] hands”, — is spoken in the message.

In the result the young man has received many incompatible with life injuries and died almost instantly at the scene. According to senior assistant head of the regional Department of the Investigative Committee of Russia (TFR) Natalia Smackey, the incident is assigned to preliminary examination.

1 may it became known that a British tourist was killed in Germany when trying to make selfi on the median strip of the motorway A24. According to media reports, the three British decided to cross the road but stopped in the middle for the sake of a selfie. In the end, one of them was hit by a car the Audi A6, which was ruled by 73-year-old resident of the nearby town.