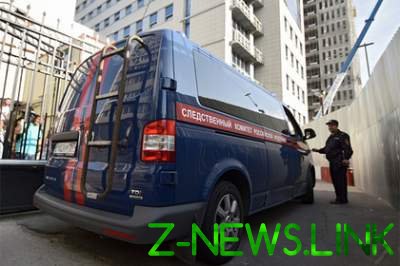 After the murder, the guy went to sleep.

Buryat conscript accused of killing a classmate during a wire in the army. On Wednesday, November 15, reported on the website of the regional Department of the Investigative Committee of Russia (TFR).

According to investigators, in early November, the friends celebrated the club his call to the army. Together with them were two more friends, all together took alcoholic drinks. One night they said goodbye to everyone and went home. Behind him ran out into the street a classmate.

He caught up with the man, started a fight with him and suggested to depart to the building of an abandoned boiler room to investigate. Along the way, the attacker picked up a metal pipe and with all his strength struck ahead of a classmate on the head. From traumatized he died on the scene. He was 18 years old.

Leaving the body near the boiler room, the recruit went to sleep. Along the way he called her several times on the dead man’s phone to pretend that worried about how he got home.

The next day the malefactor went with relatives to a search which proved fruitless, and after went to the Assembly point alone. There it was met by law enforcement officers. During the interrogation, the recruit claimed to have seen the missing “two unknown guys”, then began to flounder in the testimony and in the end confessed to the murder.

“The young man was taken back to his native village Aleksin, where their readings were checked at the scene. On the basis of evidence the young man accused of murder”, — is spoken in the message.
The accused was arrested and a court decision remanded in custody.