Home / economy / The Russians had eaten the last of the money 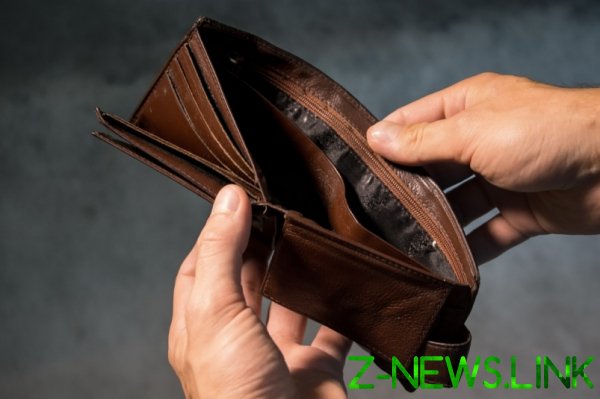 The recovery of the Russian economy after coronavirus quarantine was over almost before it began.

Again, Russian consumers cut spending after a surge of pent-up demand that has accumulated over the time of a pandemic.

Starting to spend in June, by the end of July the citizens of buying even more than last year, but the entire consumer have a crush exhausted in the first days of August.

Total expenditures of Russians for the week from 27 July to 2 August fell by 0.9% year-on-year, according to analysts of the savings Bank. While spending on beauty salons have fallen by 20.6% on bars and restaurants – 24.9%, and in entertainment – almost half.

Pit expenditure could be deeper (-6%), if not for the help from the state, say analysts at the Bank. The government has spent 250 billion on unemployment benefits and child benefits, but by the end of July, the money seems to have been eaten without remainder.

A similar picture is shown the data “romira”: expenditures from July 27 to August 2 fell by 3.4% relative to the previous week and a 2.6% year-on-year. On average, each consumer spent 4394 rubles – less than in any of the post-quarantine weeks.

After the wallets of consumers emptied the business account. Dynamics of financial flows in the economy, which in July had reached pre-crisis level, again beginning to deteriorate, it follows from the operational statistics of the Central Bank.

For the week 27 to 31 July, the volume of incoming payments was 11% below “normal” level (excluding raw materials and the budget sector). A week earlier, the deviation was minus 4.7%. While in the consumer sectors, the decline accelerated from 2.4% to 8.1%.

Data suggest that the economic recovery “uneven and fragile, <…> that may be due to the exhaustion of the effect of deferred demand, and also with the influence of the secondary effects of restrictive measures”, says the Central Bank.

People could spend more if I believed in the future. But despite statements by authorities that the crisis is behind us “decent” people and business provided “unprecedented” assistance, and the economy will recover quickly and in 2022, the year will make the long awaited leap to a 3 percent growth – charge optimism fails almost anyone.

Data from the Center for market research HSE show that in June, 43% of Russians complained that over the last quarter, their financial situation has worsened, while only 10% believe that in the next 12 months, the situation will begin to improve.

74% of respondents noted negative changes in the economy and in improvement in a year believe only 18%.

The assessment of the prospects of the Russian economy for the quarter fell to minus 20%. This is the worst value for the past 11 years, which is lower than 2015-16, said the Director of the Center for market research HSE George Ostapkovich.

In the second quarter of Rosstat recorded a decline in real disposable income by 8% – a record since 1999. And to wait for their recovery is not necessary. “The high level of uncertainty will force large companies to optimize costs (including staff) that will put additional pressure on household income in 2020,” warns the chief economist of Alfa Bank Natalia Orlova.

Impoverished consumers – is a threat to business, she continues: now about 25% of shopping centres are under threat of closure if it does not receive access to additional help from the state.

Surveys show that the greatest pessimism demonstrates the age group 30-49 years, and is the Foundation of the middle class, the most productive part of the population that spends not only for themselves but also for others, to Fund the costs of children and the elderly, indicates Ostapkovich.

Because of the “demographic pit” this group is already reduced in number; if, however, people will also reduce consumer spending “with a lag of a year and a half it will strike a serious blow to the economy of the country <..> with the subsequent fall in productivity and technological stagnation,” warns the expert.