In the third quarter of 2019, the average price of cars in the secondary market in Russia amounted to 370 thousand rubles. The conclusion is made from analysis of the data placed on the resource “Avito”. Compared to last year, the value of the car decreased by 1.1%, and 1.1% in comparison with the previous quarter.

In 12 large Russian cities, it was observed a decrease in prices. It was noticed by the residents of St. Petersburg, where the cost of a used car fell by 0.2%, mostly in Krasnoyarsk, where the average price declined by 8.7%.

Today, according to “Russian newspaper”, the group of cities with the most expensive cars with mileage heads Moscow, where the average price starts from 537 thousand rubles per car. This is 45% more expensive than the average for the whole of Russia.

Earlier, in the summer the Agency “AUTOSTAT” published the analytical data about what brands are the most popular in Russia. By mid-year, most were purchased Lada 2107 1.7 million. Followed by its predecessor, Lada 2106, and closes the top three Lada 4×4. Park only these three models, more than one million cars.

However, in the top ten most in demand are also Lada 2109, Lada 2110, Kia Rio, Hyundai Solaris, Ford Focus. For the period of the first half of 2019 in Russia, there were about 44 million registered cars. 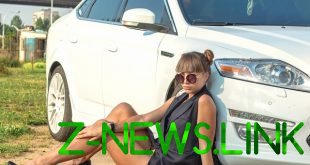