Home / Video news / The rating of the most epic battles of “Game of thrones”. Video

The rating of the most epic battles of “Game of thrones”. Video 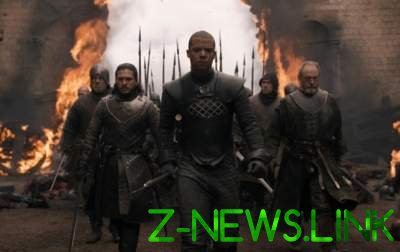 First place went to battle in the penultimate part of the eighth season – the attack on king’s landing.

The portal Volture published rating of the most epic battles in the fantasy series Game of thrones. The leading place it took the attack on king’s landing in the penultimate episode of the Saga.

In the fifth episode of the eighth season is shown engulfed by the rage and paranoia of Daenerys Targaryen, which burns the town to ashes, and maddened by the wrath of her soldiers, who destroy everything and everyone in its path. The scene was shot in the afternoon due to which the effect was even more stunning – the audience could see all the details of the horrific slaughter.

In second place was the battle of the bastards, the main characters were Jon snow and Ramsay Bolton. The battle was shown in the ninth episode of the sixth season. Particularly impressive look, according to the compilers of the rating, piled on top of each other dead bodies.

And closes the three leaders of the battle of the wildlings and the night’s watch with the King of the Night and his army of white walkers shown in the eighth episode of the fifth season. Looks spectacular moment when the dead victims come to life with one movement of the hand of the leader of the dead.

Also in the TOP 5 included the battle of the Blackwater in the ninth episode of the second season, and the battle at Winterfell in the third series of the eighth season.