The protection of weaponry of Ukraine will instruct the reserve officers 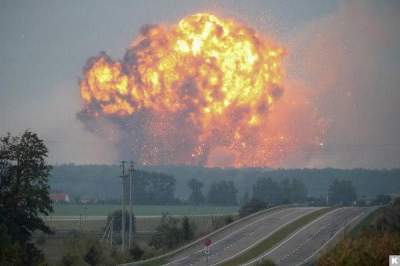 500 people will be sent for protection.

General Directorate of staff of the Ukrainian General staff will receive the protection of warehouses, military bases and arsenals, 500 reserve officers. About this informed the head of this Department and Deputy chief of General staff, Artur Artemenko.

This will be the first such recruitment, but the final decision is still pending. Because in 2017 on the APU called about 1 thousand people, the office will invite the chief of the General staff to call a small number of “spare”. The final decision in any case will the Minister of defence Stepan Poltorak.

At the same time the chief of the General staff Viktor Muzhenko stated that all incidents in warehouses and in the arsenals over the past two years have signs of sabotage by hostile intelligence services. And although the government allocates funds for the equipment of warehouses and places of storage of weapons, the amount of problems is too large.

“Not being able to achieve its goals in Eastern Ukraine through military means, the enemy takes the main efforts in the depth of our country. Their priority is the destruction of those weapons, the production of which in Ukraine is not carried out and the procurement process is impossible”, – he said at a speech at the National defence University of Ukraine named after Ivan Chernyakhovsky.