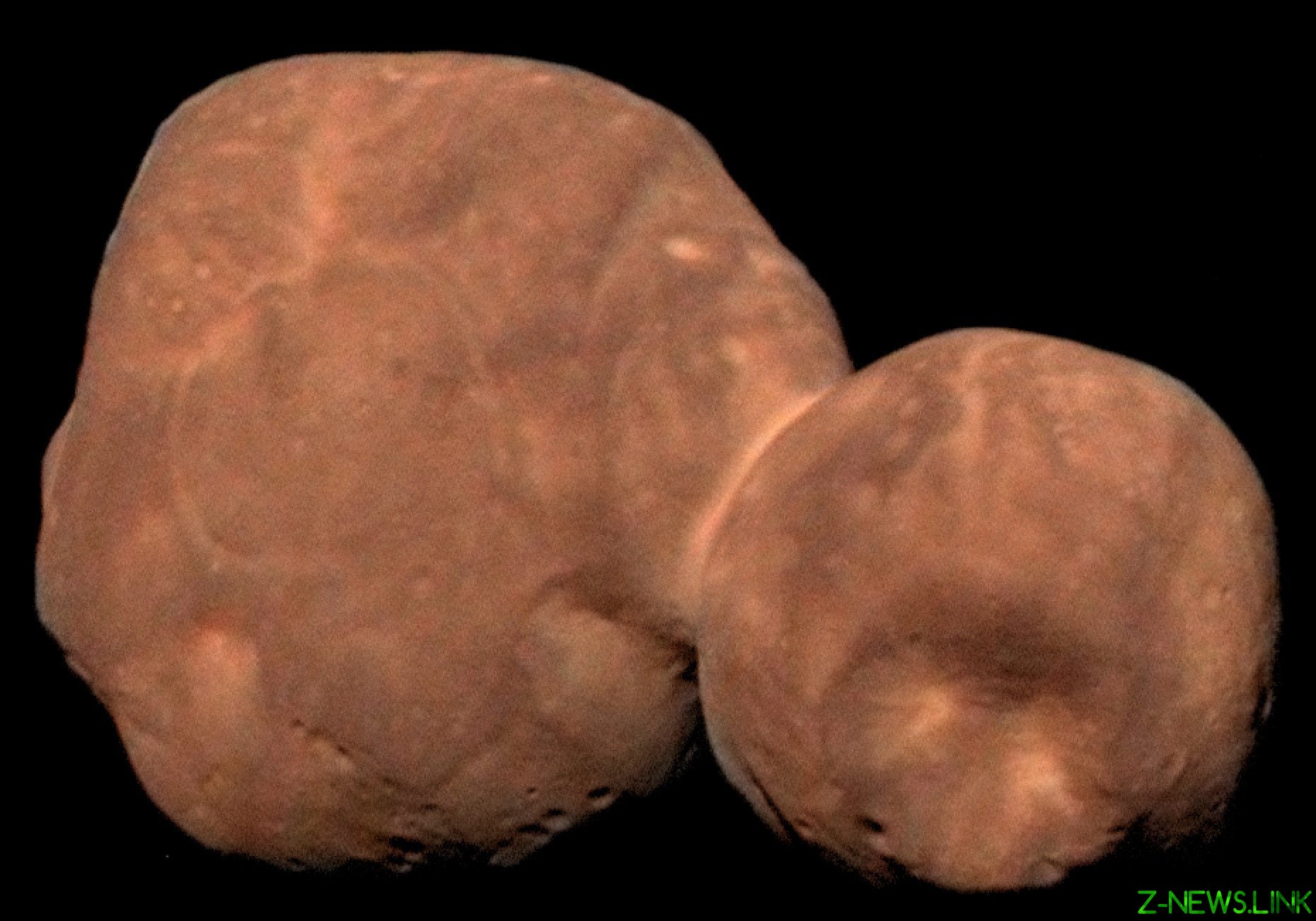 January 1, 2019 American automatic interplanetary station “New horizons” (New Horizons) flying near the body of the Kuiper belt 2014 MU69. Now New Horizons continues its flight. It is expected that in 2020, the spacecraft can fly relatively close to another object in the Kuiper belt, if he has enough gas to do it.

Transfer of all data collected January 1, 2019, is still in progress: it is expected to take 20 months. Previously scientists call the body 2014 MU69 the name Ultima Thule (“Over the edge”), but in November 2019 the international astronomical Union at the suggestion of NASA named it Arricot.

For mankind outside Solar system remains very poorly understood space. Some planets have been visited by spacecraft only once, about the many satellites of the giant planets scientists have a very vague idea. We know practically nothing about the bodies in the Kuiper belt and of the supposed “ninth planet”, whose existence is predicted by the astronomers.

Arrogat – the most distant object in the Solar system, was investigated using the interplanetary station. It consists of two nuclei: a larger flattened and more spherical small. Total body length is 36 km, width 10 km Orbit Arrogate is at a distance of 6.6 billion km from the Earth’s orbit, it completes one revolution around the Sun the earth for 293 years. Also 2014 MU69 is a simple object, formed at an early stage of development of the Solar system 4.5 billion years ago. For example, scientists can understand the mechanisms of formation of planetesimals – the heavenly bodies, from which subsequently, by heating the proto-planet formed. Some planetesimals stop growing before the substance at the center of pressure starts to warm up. It is to such objects include Arricot.

Scientists have two theories on the formation of planetesimals. One of them is the model of collapse of a dust cloud. According to this theory, particles of matter gradually collected in the kom under the action of gravity. The second model is called the hierarchical accretion, and it assumes that planetesimals grow by collisions of objects at high speeds.

All data collected by Hew Horizons, testify in favor of the theory of collapse of a dust cloud. The first article about it, based on simulation data, was published in may 2019, but the additional pictures in high resolution, processed since then, have confirmed the original research. On Arrogate there are no signs of impact, such as cracks and deformation. Scientists believe that two objects that make up Arrarat, faced each other at the speed of “quick step”, i.e. 5-10 km per hour. In addition, no differences in surface color and chemical composition of both halves, which means that they formed in similar conditions and in one place.

Another indication that Arrogat formed in calm conditions – a form. Both halves of the body are flattened equally, i.e. their equators in the process of formation were in the same plane.