Home / Movie / The new “Halloween” will change the ending of the first film?

The new “Halloween” will change the ending of the first film?

About the movie “Halloween returns”, which David Gordon green and Danny McBride, we’ve heard a lot of things. Overall, the project inspires confidence, the benefit of the carpenter is involved in the development, and any important decision is made without his blessing. I tape more and more ignores what was filmed before. First, we say that it will be a continuation of the second part, and then suddenly: in the furnace the second “Halloween”. Okay. But now they decided to change the ending of the original film. What’s going on?

If it goes, in the end, the coming picture would be to consider only the credits of the first “Halloween”.

Okay, grumbled a little, and now listen to what he says on this account, the writer Danny McBride:

As if we ignore all the movies except the first one. It all starts after the first, but it’s something like an alternate reality. It’s like the first “Halloween” ended a little differently.

Doesn’t sound so scary. But it is unclear what will now be different. Anyway, you guys understand what responsibility lies on their shoulders to the community of fans of the series:

I just hope we don’t lose it all this and not angry people. It’s a hard-nosed fan base. Nobody wants the fans of horror were their enemies, because if anything these guys will come to your home in disguise. We are hard-nosed fans of “Halloween”. We watched all the sequels, and there are sudden turns and all sorts of things that can irritate the fans, so that we at least try to do what they themselves would like to see. I hope the majority of fans will agree with us.

In short, masks off, today home to McBride as we go.

Let’s wait for the premiere of “Halloween returns” 18 October 2018 in all cinemas of Russia. We’ll see what happens. 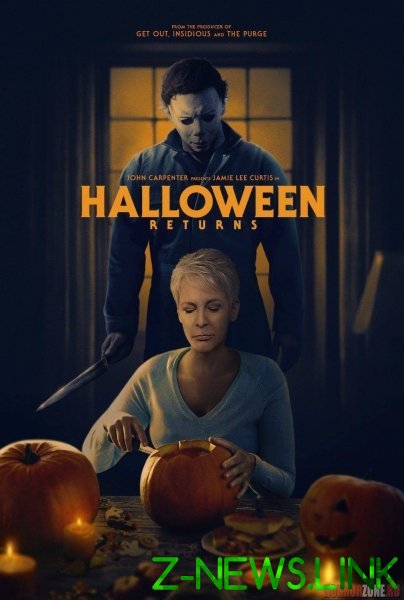