Home / Game / The new Battlefield is supposed to be “visually striking”

The new Battlefield is supposed to be “visually striking” 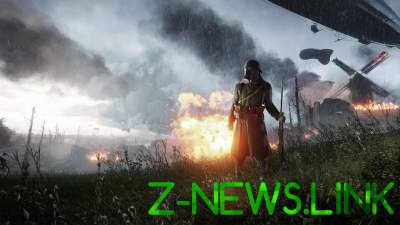 EA is still going to release a new shooter game from the Battlefield series.

After peers Electronic Arts boasted revenues for the second quarter of 2018 fiscal year, which ended September 30.

Compared to the same period last year, net profit increased by 7 % (to the level of 959 million U.S. dollars), while net losses decreased from 38 million to 22 million dollars.

As the Executive Director of EA Andrew Wilson (Andrew Wilson), a significant role in increasing the profits of the company played digital sales (video games, online services and mobile entertainment), which brought to the Treasury $ 566 million (i.e. 22% more than in the second quarter of 2017 financial year). Moreover, according to Wilson, it is best tried sports games Madden NFL 18, FIFA 18, NBA Live and NHL 18 18.

Meanwhile, EA looks to the future not so optimistic. By the end of this fiscal year, the company intends to 5.075 billion dollars, but net profit of them is expected to be slightly less than previously planned — not 1.136, and 1.125 billion. And the appetites for the autumn-winter festive season, the firm diminished. If last year’s third quarter (from October 1 to December 31) earned 1.149 billion dollars in revenue and only 1 million of losses to investors now do not expect more than 1.135 billion dollars in net profit at 64 million net loss.

Then CFO of EA Blake Jorgensen (Blake Jorgensen) confirmed that in 2019 the fiscal year (i.e. between 1 April 2018 and 31 March 2019), the company still intends to release a new shooter game from the Battlefield series. What Wilson has mentioned, they say, the game is supposed to be “visually striking” and “deep dive”.