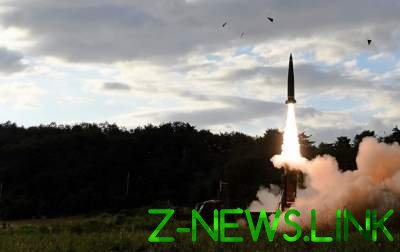 The Ministry of foreign Affairs calls upon North Korea to stop provocations associated with the launch of another Intercontinental ballistic missile. This is referred to in the statement of the foreign Ministry, published on its official website.

“Ukraine strongly condemns the launch on 28 November, the DPRK new Intercontinental ballistic missiles And 15, capable of carrying a nuclear warhead. Ukraine joins all the countries that condemned such dangerous activities by Pyongyang and urged the DPRK leadership to immediately stop provocation”, – is told in the message.

According to the foreign Ministry, Pyongyang’s actions aimed at the development of more powerful missiles, and promises to use nuclear weapons are a serious threat not only to the immediate neighbors of North Korea, but also global stability and security far beyond the borders of the Korean Peninsula.

The Ministry considers that the continuation of North Korea of such launches is a deliberate and systematic violation of international law and a number of relevant resolutions of the security Council of the United Nations on North Korea’s missile program.