Home / Society / The main nightmare of the Russians and the government

The main nightmare of the Russians and the government 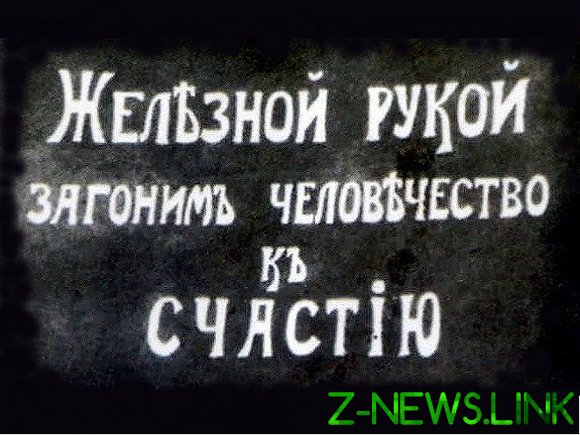 We are waiting for the crackdown, increasing authoritarianism and declining living standards — or the cult of consumption will deploy people to democracy, creating a request for a higher purpose and values?

In the mass consciousness there is a fairly clear image of the future, which people are afraid, and absolutely no idea of what they want tomorrow, said the head of the Department for socio-cultural research of “Levada-center” Alexei Levinson, in the course of online lectures organized by the Sakharov center. According to Levinson, the refusal to talk about the future in Russia appeared in the mid-1990s and was associated with the fact that since the mid-1980s to mid-1990s, Russian society had twice experienced that slang can be described with the word “bummer”. Twice the idea of the future that existed and was widely accepted, has been compromised, fake, invalid.

First horizon disappeared the idea of a bright Communist future.

“As a contemporary and a historian, I want to say that the Soviet people believed in the bright Communist tomorrow. These people were not so much. But for the absolute majority was no doubt that for some the future is. Even for those who believed that the Soviet tomorrow — deception, and nothing good it promises. In the language there are three time, along with the past and present in the public consciousness there was a future. In the late 1980s and early 1990s, events occurred that all the people showed that in the future they waited, not going to happen. The Communist perspective was closed. Many became clear that it was a fairy tale, utopia, deception, even criminal trial. Almost a complete rejection of this prospect has not passed for companies painless,” said Levinson.

In the early 1990s, according to the expert, the people were presented a new future based on the submissions, which were called democratic, now liberal. This is the idea of building a free society on a democratic basis with market relations. The transformation of Russia into a “normal” country.

“So one future replaced. This change was equivalent. In the 1960-ies — when Khrushchev was said that already the current generation of Soviet people will live under communism. In a democratic term future was also very close. Grigory Yavlinsky proposed a program 500 steps: change had to come through two-three years. Of course, this time people are promised that we will become the richest, biggest, most powerful country, as it did in Soviet years. We just need to be more like other countries, whose social system we liked, like Europe. This prospect seemed rational, it was not a utopia. A two-hour flight from the us people live, and understand how to arrange it. In General, there was every reason to believe that it will. And, it would seem that the case went this way. What happened? Not the coup stopped the movement of Russian society to the ideals of democracy and free market economy. Then little noticed, had begun braking on the way of building a civil democratic society and market. While maintaining the same names, and the nominal features they started to be reborn. We missed the moment when a democratic government, if you understand both words separately, began to turn to the power of Democrats or people who call themselves Democrats. They made what I now realize was the greatest mistake. They thought: the main thing is to keep the power in their hands. By what means is not important. Then democratic tools began to be replaced by others, not democratic. This led rather quickly, in a few years, to the fact that the Democrats with their hands and surrendered to the authorities those who were on the opposite end of the political field,” — said Levinson.

In his opinion, at this end of the field stood the “Cheka, NKVD, KGB.” “The ball with the liberal territory was transferred to the hands of the chief of the Democrat Boris Yeltsin in the hands of the representative of another part of society — Vladimir Putin. About the same time in society there was a feeling that the democracy, which all told, would do the same. There was a silence. The period that was called “stability”, but rather was a period of surprise. The Communist future will not be democratic too. And what will happen? Here we used to build communism, then capitalism, and now we are building it? It turned out that we generally don’t build anything. Where are we going? And are generally, or stability — is a state when we are treading water? Russian society, brought up on the options of temporal perspective, this was unusual. Once we stand still, then we have stagnation? These questions were so painful that when the polls, and then and “Levada” in 2003 asked the question, on what period you consider reasonable to plan for the future, people with call answered, no, for two months maximum. Even in focus groups to this question answered this way: we don’t know,” said Levinson.

So, somewhere in the late 1990s, in his opinion, and lost the Russian future. “I used a Ruse and asked: describe the best and worst options for the country. Poor future people are very detailed portrayed, and the stories were very similar. One of the scenarios — a nuclear world war in which all will disappear. The second idea, much more popular, was also connected with war, often civil, and the result was the collapse of the country. This is the main nightmare of the Russians and the authorities. What does it mean? Trying to figure out is given with great difficulty. In people’s minds was the word “collapse”, which was close to the end of the world. Then, remembering the school course of history, people have deciphered the “collapse” of division into fiefdoms. How will they live after the “collapse”? To this question there was no answer. People not only didn’t they refused to think about it, because the country to be impossible. This is the worst future in the eyes of Russians. Recently, I repeated their studies and found that since then little has changed,” — said the researcher.

“Well, I asked further: a bright future — it is what? On this question, people either couldn’t answer at all, or said something like “stable ruble,” “the established price of oil”, that is all that was on the agenda of the media. Good ideas there was just no future. After a while people started not to get rid of the answer — everything will be as it is now, including state authorities. This, incidentally, happened long before we learned that Vladimir Putin is not going away,” said the sociologist.

“Then I decided to talk about the future of Russia, not only the bearers of mass consciousness, but also with representatives of intellectual elite of the country, which, I imagine, must think about the future. This project is now in the beginning. The first segment, which I took to study the Russian liberal elite. Fifty respondents, the vast majority of which known to Russians, I asked about the prospects for 10-30-50 years. About the future for the next 10 years expressed by many, but the long term to be discussed is not wanted. Of course, I understand that half a century ahead it is difficult to make. But 40-50 years ago, people from this environment any ideas about the distant future had. The fact of the refusal to know, to think, to believe in something is very important. It is a sign of elite status, which is not much different from the state of society in General,” says Levinson.

Although qualitative research and does not lend itself to precise calculations, rough calculations show that between the pessimistic and optimistic scenarios, there is approximate parity. “The pessimistic scenario is that the current structure of power will be played, just in a more rigid form: the crackdown, the closure of the country digital control, traditional Russian authoritarian power and powerless in society, the decline of life, state capitalism. A survey of the elite did not give any unexpected results. In fact, it is a projection of the past into the future,” said Levinson.

The optimistic scenario of the liberal segment of the elite, the political preferences of which are known, is Pro-Western ideas. “The responses often heard such words as “Europe”, “European”, “civilized.” However, it is recognized that ambitions diminished. Russia in the eyes of liberals if you will a European country sharing Western values, it is very modest, as Romania”, — said the researcher.

While respondents 65+, according to Levinson, has often said that now to think about the European ideal — dangerous because Europe itself, as we have seen, to a large degree losing the hardness orientation to the democratic ideal.

“Young people who talk about future like about her, in which they are to live, speak otherwise. In their view, the consumer society has all chances to turn to democracy. The basic needs will lead to the fact that you are prompted to higher goals and values. Leaving the Putin generation, the power generation will consist of a 30-year-old, born in a free Russia. They will set the tone. In their eyes, “free Russia” is in this background that loaded this generation different values. When they will have the opportunity to sell them not only in private life, but in a country where they will run, then this charge and will work,” he said.

Can’t say what it will be. But even the fact that in Russia there are people who think this way, already is encouraging, says Levinson. “I believe that in itself the absence of the future or what Lev Gudkov once called “the abortion of the future”, the lack of it in the public consciousness is, of course, not great. About the future you need to think in the present,” he said.

It is important to note that in the elite circles, and a massive lack of ideas of the future only applies to the country as a whole. “All these people, of course, live their private life, in which the Russians with ideas of the future all right. There are even causing the surprise bookmark for the future for 25-30 years. People are starting to take a mortgage big loans. They build homes, make repairs. Doing that, the results of which will be felt for decades. The idea of the future remained in private life. In a sense, this will help Russian society to survive as a society of private individuals, related friendships and kinship ties. But civil society need to think about the future to know your future — bad or good, is to talk about it and try to influence him,” concluded Levinson.