Home / business / The level of violence in the Donbas declined by 40%, – OSCE

The level of violence in the Donbas declined by 40%, – OSCE 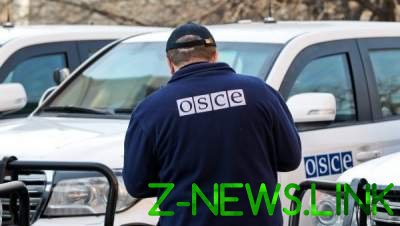 Observers spoke about the positive dynamics.

On average, 50% of the violations of the cease-fire for this period recorded by the cameras of SMM.

Observers say that their work contributed to the repairs and maintenance of 4 through September 17 at the thermal power plant in Happiness, Peter a water pumping station in Artyom, gauging stations near the village of Lugansk and on the water near the Bottom, Zolote and Popasna in the Luhansk region.

After repair work on the company “Water of Donbass” on the water pipeline between Horlivka and Torets’ke doubled the water supply, reaching 30,000 cubic meters.

Also the SMM continued to monitor the situation in local schools after the start of the new academic year. For the period from 4 to 17 September, the Mission team visited approximately 60 schools on both sides of the line of contact. Observers noted that in some schools increased enrollment compared to the previous year.

The SMM also noted that in some schools located near the contact line, there is a need for employees, in particular there are not enough teachers.