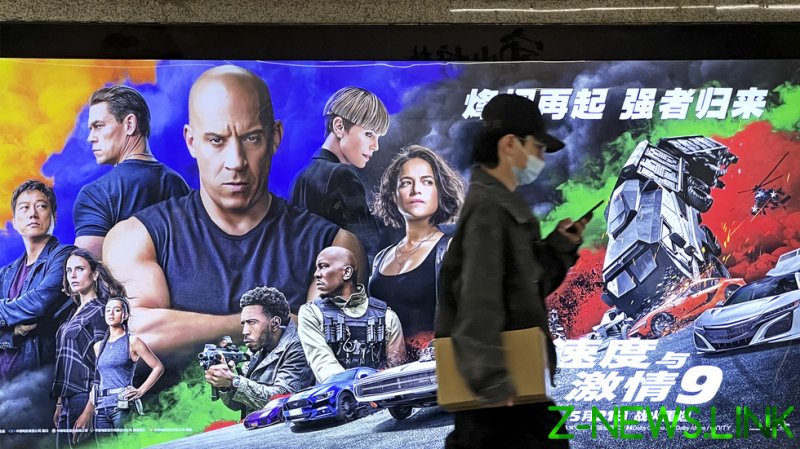 A row erupted after US wrestling star John Cena, while marketing the film ‘Fast and Furious 9’, referred to Taiwan as a “country.” The comment, although unintentional, provoked a massive backlash in China, which forced him to upload an apology video to Weibo retracting his comments and expressing his love for the country. However, it soon proved to be a double-edged sword as his apology subsequently provoked an angry backlash in the United States, with leading conservative commentators and politicians chastising him and accusing him of kowtowing to Beijing.

This is not the first time a US star of sorts has been embroiled in controversy relating to issues of national sensitivity in China. In 2019, NBA star LeBron James faced similar criticism following his support for Beijing in a row that erupted when the manager of the Houston Rockets tweeted in favour of the Hong Kong protests. Not surprisingly, US politicians, such as Marco Rubio, have repeatedly accused China of having the power to “export” its censorship and impose its positions on the United States.

The frequent rows over such sensitivities are emerging from a fundamental conflict of identity and ideology erupting from vastly integrated ties between America and China, and subsequently driving their distrust and geopolitical competition on the global stage. This phenomenon first must be analysed through the medium of economics. China has a huge domestic market, as the most populous country in the world, and the potential gains which any company or service can reap are bigger by far than what they can gain in the United States. This is growing year upon year as its economy expands and consumption grows.

For American film and sports, where this controversy leads us, the rewards have been huge. ‘Avengers: Endgame’ made $600 million at the Chinese box office alone. The NBA has 800 million viewers in China (more than double the entire US population!) and consequently reaps half-a-billion dollars annually, with the NBA China venture valued at $4 billion. However, the inevitable consequence of this is that companies and individuals who operate within China become compliant, by extension, with China’s political preferences and sensitivities. Of course, as the saying goes, “When in Rome, do as the Romans do” or “入乡随俗“ (Ruxiangsuisu) in Chinese. Except it isn’t as simple as that.

First of all, China is extremely sensitive concerning matters of “national sovereignty.” Although this is popularly attributed to the authoritarianism of the CCP, it actually derives from the legacy of colonialism in China and the fact that the country’s sovereignty has been violated multiple times by many powers. This creates a sense that the West does not respect it, which in turn leads to insecurity and a policy line to “enforce” sovereignty at all costs. The “One China Policy” pertaining to Taiwan is one of the key issues involved. China claims sovereignty over the island, which has a separate political system and is a democracy. Because the West does not take the claim too seriously, Beijing subsequently leverages it on a diplomatic and business level.

Whilst it would seem common sense for those operating in China to be careful of these ‘red lines’, globalisation and the prevalence of social media now means these ‘offences’, when they occur, have global implications reaching far beyond Beijing itself, which subsequently gives the impression China is exporting authoritarianism even if, in its own view, it is simply defending itself. This subsequently creates a conflict of value and cognitive dissonance within the United States, which believes that free speech ought to be universal and always without consequence. However, in the face of the unusual phenomenon of high-profile Americans respecting the positions of a state which the establishment otherwise sees as an enemy, that is seen as a form of capitulation.

In the first Cold War, the United States and Soviet Union held little or no economic ties. Although the world was divided, Americans could say anything about the USSR and there would be no repercussions or liabilities. However, in a world which is increasingly integrated, China’s enormous business clout subsequently means some are not willing to offend that market in fear of China revoking access, which therefore creates the perception that US freedom is ‘under threat’. This subsequently extends to the problem of America’s relationship with Beijing as a whole right now, which is motivated by the discomfort of a China that is growing in scope and influence and rewriting the world in ways the US is not used to. US foreign policy has been built around the notion that its values must be always universalised and by extension, it must be the hegemon, and now struggles to contemplate the reality of co-existing with a China that espouses a very different political system and set of ideals.

The United States frequently builds its support around Taiwan on the premise of democracy, while China builds its Taiwan position on a belief that its national sovereignty must be respected. Both find the position of the other completely unacceptable. In this case, a wrestle is ongoing which far exceeds the confines of a ring. The John Cena Taiwan row is symptomatic of a broader struggle between Washington and Beijing.