Home / WORLD / The Great Atlantic Schism is here: Between US and China, Europe will choose its own path

The Great Atlantic Schism is here: Between US and China, Europe will choose its own path 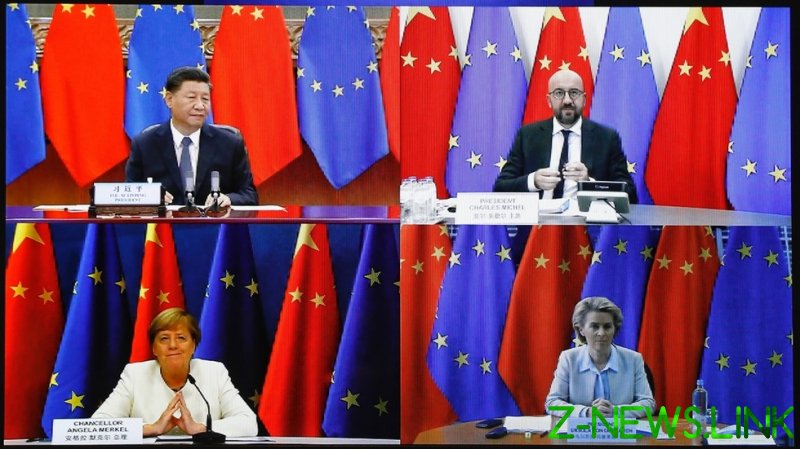 Over 70 years ago, the United States forged the beginning of a new transatlantic order through the initiation of first, the Marshall Plan to rebuild the war-torn economies of Europe, and then secondly, the NATO alliance, framed as a protection from the perceived threat of the Soviet Union. Depicting themselves as the saviors of Europe, America has nonetheless treated this alliance structure as an extension of its own power and interests as opposed to being a true partnership of merits, evident by the push to swell its membership even long after the Cold War had ended, and an expectation that its participants exist primarily to serve Washington’s bidding.

Never has that been more marked than on the issue of China. As the global strategic environment has morphed into a new set of tensions between Beijing and Washington, the United States has long and repeatedly insisted on its allies in doing its bidding, irrespective of what individual interests the states of the continent might be. As soon as the Biden administration won, it immediately started thumping the rhetoric of trans-Atlanticism squared at Beijing. Yet, things are not quite going as planned. The signing of the Europe-China investment came as a shock to Washington and its think tank communities, and further statements from Merkel and Macron since that time have only made it clearer Europe is not interested in confrontation with Beijing.

But there have been more developments too. China has now surpassed the United States to become the largest trading partner of the European Union, a monumental milestone which reveals the stakes at hand. Not surprisingly, America’s dissatisfaction with the EU has been brazen. ‘Europe can’t stay neutral in US-China stand-off’ argues one op-ed, pushing the line common amongst American neo-cold warriors that Beijing seeks to challenge the global order and “aims to create a world that is not safe for Europe – strategically, economically or ideologically”– therefore Europe has to take a side. As the spectacle of Brexit has passed, it is increasingly evident that its former member, the United Kingdom, certainly has, but the continent itself?

Certainly not. The Great Atlantic Schism is underway, slowly, but steadily. On China, launched by the Trump administration is the defining foreign policy challenge of the 21st century, Europe and the United States are taking different paths. There of course might be some areas of overlap and common interest, but ultimately the geopolitical tide is shifting and the legacy of the previous White House has initiated an earthquake which has left an enormous compound fracture. The divergence between the two runs across a host of issues, and economics is one thing, but it is frivolous, if not illogical, for Washington to expect Europe to be committed to building its approach towards a high-stake Oceanic region of which it is not a part of (the Pacific) on the merits of an alliance structure built for the Atlantic.

The Donald Trump presidency in many ways represented the demise of an old world order, one which Biden is attempting to salvage, but one that is almost certainly dead. That is, a single, comprehensive and interconnected world order – better styled ‘Pax Americana’, globalization sustained by American hegemony. That system ended decisively in 2016 with the election of the Trump administration who denounced “universalism” in favour of an insular interpretation of national interest (America First) and great power competition, reflecting a United States which was no longer confident that a “global” orientated system would work in its favor anymore. In the process, Trump also picked fights with Europe and put dents in the age-old alliance, yet paradoxically demanded its compliance on China.

American liberals widely made the mistake of believing that once Trump was gone, things would “revert back to normal” and it would be in their “value” interest for the European Union to automatically start following the US on China, and therefore Biden began beating the drums of transatlanticism. Yet, there’s been no return to compliance and it doesn’t look like there will be. The consequence of the last few years is that firstly, the European Union now also defines its “interest” in more direct and cohesive terms, and sees itself as a geopolitical pole in its own right. It is not a mere follower. This means even if there are areas of overlap and familiarity with US foreign policy, it understands that America does not blankly serve all of Europe’s interests, but is a potentially competing force with its own agenda. One might observe the growing tension between the EU and the US behind the scenes on the matter of semiconductors, with the Europeans wanting to better develop their own industries and capabilities. What has caused this? The answer: America’s own aggressive politicization of the semiconductor industry for unilateral ends, against China, which has had consequences for Europe.

The temptation to opt for idealism frequently blinds the broader interests at play. It isn’t as simple as “taking a side” for Europe, the continent finds itself squeezed in a geopolitical rift and confrontation it did not create and does not want. It sees Washington treading on its toes just as much as Beijing, it has things to lose in all directions. The mantra of an old alliance system is rapidly losing relevance in Europe’s struggle to define its place in a new world. But as touched upon, geography matters too. The United States has based the bedrock of its China strategy on a mantle it describes as ‘the Indo-Pacific’. No matter how many times they say it, Europe isn’t in the ‘Indo-Pacific’.

Europe is in the Atlantic, and one cannot transplant an Atlantic-based alliance system into a region of the world where it does not belong, nor can this account for the fact that even though China is far apart from Europe, it is increasingly connected to it via the landmass of Eurasia. The boom in China-Europe trade is not a fluke or a coincidence, it is the product of newly configured railways which span the continent and make the transit of goods faster, cheaper and more effective than ever before, cutting away logistically awkward shipping routes. Given this, it is no wonder that Europe has chosen to try and resolve its differences with China through diplomacy and dealing, as opposed to decoupling and destruction.

The United States is in for a rude awakening. Its strategy to engage Europe on China is flawed on multiple accounts, firstly on being floated on a history of Cold War triumphalism and the glories of days long gone such as the Marshall Plan and formulation of NATO, but secondly because the geography is different, the parties involved are different and most strikingly, the world is different. Joe Biden is a liberal idealist president attempting to configure an Obama vision in a Trumpian world. The former president was disastrous on many, many counts, but we cannot say that he didn’t know what national interest was, or that he didn’t understand that obsolete alliances increasingly lacked relevance for America’s goals.