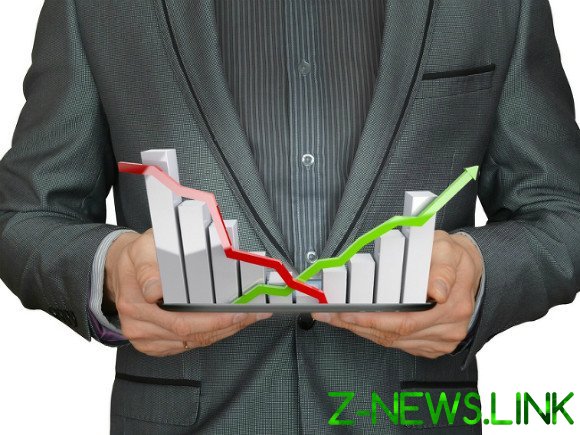 There is another well-established myth that the government can manage the economy. That there might also be some other “better” officials, who suddenly start to act like entrepreneurs but will work for a salary, not taking bribes and not getting “kickbacks”.

All management of the economy under Putin has been reduced to “pressed” state of ownership of some of the oligarchs under the control of Putin’s friends, receiving from the “control” of the state income level of the oligarchs, receiving, privately Putin’s friends contracts from the budget or privatization for cheap structures of monopoly, and then of nationalization, i.e. the redemption of these same structures of state monopolies have “expensive”.

Maybe for someone managing the economy and looks like “spin” property, distribution gospodryadov and contracts state monopolies among their own, but in reality, the management of the economy this fuss has nothing.

Economy during the years of Putinism has evolved itself. High oil prices, although settled mainly in the pockets of the rich oligarchs and officials “leaked” to the rest of the economy and gave birth to the private service business. The need to perform at least the minimum state plans has created a small ecosystem of small or even medium-sized companies for the “crumbs” from the table of the state holdings that perform almost all the work.

“Consumer boom” fed-2000s has caused not only oil money, but credit growth of the population, which has allowed millions of people to buy what they didn’t have enough money. The rapid growth of cellular communication, Internet penetration and digital services provided by private companies without government leadership.

But with the price drop these random, no organized government processes are stopped, ending the “fat 2000s” a “lost decade” of the 2010’s.

All attempts of the state to organize any increase is limited to waste of money without any significant achievements: created a loudly announced “an international Financial center in Moscow”, did not happen, and Putin declared in 2011, “New industrialization” with the announced creation of a “25 million new high-tech jobs”, failed, and two pompous program of rearmament of the LG 2016 and GPV-2020, SKOLKOVO is the centre of creation of new technologies and create a highly profitable and fast-growing technology companies has evolved into an entire ecosystem of grantedthe for startups and a black hole for the budget.

How much time should pass, that our society has learned that the government forces officials can’t manage the economy and cause economic growth?

All the development and growth of or connected with private business, or higher prices to sell Russia maloprimetny resources.

It is time to understand that “public-private partnership” turned into “nationalization of losses and privatization of profits” — a CRIME. Any “help business” by officials — CRIMINAL.

And if we want to have a growing economy, it is necessary to take away money from the officials, which will always be irresponsible Amateurs, and leave to private entrepreneurs, reducing all of them (not selected “sliding” methods by officials of companies) taxes.

How many years of stagnation, crisis and decline in living standards must go through to most companies understood these simple truths and get rid of dangerous illusions about the ability of officials to manage the economy?