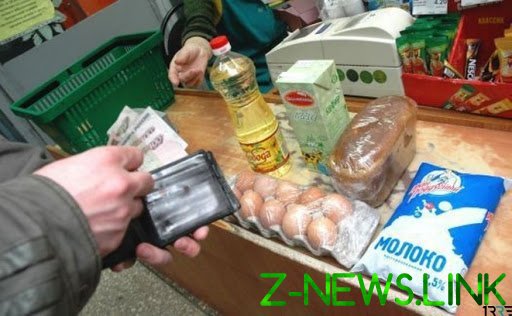 Although the Prime Minister Mishustin has supported a similar idea, this was done under the influence of the political moment, says the economist Evgeny Gontmakher.

Because of the crisis caused by the epidemic COVID-19, the Russian government has called for a return to the idea of issuing ration cards to the least wealthy citizens, RBC reports. In addition, the state Duma received a bill, signed by several deputies of the faction “Fair Russia”, headed by its Chairman Sergey Mironov, in which the government proposed to give already not a right but an obligation of the state regulation of retail prices for basic foodstuffs.

The idea is to make the government severely restricted freedom of enterprise in the food market, or otherwise circulating in the information space of Russia is not the first day, and announce it already and some politicians at the Federal level. Recently, the speaker of the state Duma Vyacheslav Volodin said that some retailers inflate the difference between procurement and retail price for fruits and vegetables “more than 500 times”, stressing that “this lawlessness must be stopped”. On the same day on the need to limit price growth and said the head of the faction “United Russia” in the state Duma Sergei Neverov, noting that the idea was supported and the head of the government Mikhail Mishustin.

Given the gradual growth of prices for food products, it is highly possible in the current conditions of their leap and the fears of the population, supported by messages about the beginning of mass layoffs, the idea of price regulation in the country in which they were set by the state 74 years (1917 to 1991), does not look so implausible.

On the other hand, the residents of the Russian Federation, which found the Soviet reality in the age of reason, cannot fail to remember that the flip side of the state regulation of prices for any goods almost always there was a shortage, the empty shelves, and in the most difficult times — the same ration cards.

Meanwhile, many economists of the liberal persuasion suggest instead of state regulation of the prices of the idea of direct financial support for the people and businesses of the state. In their opinion, the government should be spent on these purposes is not 2.5% of GDP to 4%.

However, in the current crisis, the idea of state regulation of prices someone at the top may seem quite attractive. About decide whether her current government, and what in this case can lead this measure, columnist of “Rosbalt” talked with the doctor of economic Sciences, member of the expert group “European dialogue” Evgeny Gontmakher.

— How, in your opinion, likely that the government will go out soon on such a measure as government regulation of prices for food?

— I think, not going. Despite the fact that the head of the government Mikhail Mishustin said he supports the measure, I believe that no he will not allow this, because everyone understands the consequences of such a step. I think that probably can be developed in any other support program.

— And if the authorities all-taki will dare to state regulation of prices, what consequences, in your opinion, it may lead?

— This will cause a shortage of a number of products whose prices will be regulated. Think Mishustin supported this proposition more for political inexperience than on the basis of common sense. I recall that he said this at a meeting with the leadership of the faction “United Russia” a few days ago. I believe he did it on the basis of the current political moment. But, I repeat, a hundred percent sure that this will not happen.

— And because he Mishustin educated man, and those who were there with him. This is first Deputy Prime Minister Andrei Belousov and Finance Minister Anton Siluanov, and others. Such a measure would be so absurd that I do not even consider its implementation. Instead, the government may introduce food programmes to poor people, those who suffered the most. Some food packages, for example, to be paid by the state. In any case, for retail trade it has no relation.

— How do you assess alternative proposals, for example, economists of the “Liberal mission”, which I propose to give to the citizens of 10 thousand rubles, in order to stimulate consumer demand?

— A positive attitude. But, while I agree that this is a bit will invigorate consumer demand, to overestimate its importance, from the standpoint of economic recovery, is not worth it. The problem is that many of those who receive this money can be out of work. Such a measure would be correct, but the hope is that it will take the economy out of the hole, I would not. This anti-crisis measure for a short time.