The first poster of Thriller GLASS

M. night Shyamalan has published on his page in Twitter the first teaser poster for the film Glass. The poster was bright, juicy, epic and at the same time imbued with a kind of irony. After all, the key characters of the picture — in fact, the real superheroes and supervillains, but where we see them? Obviously, in the nuthouse! Here’s a she, turned upside down unusual superheroine from Shyamalan.

As we know, the “glass” is a direct sequel to last year’s “split” with a couple of familiar faces from “Unbreakable”, 2000:

David Dunn is chasing a supernatural creature named the Beast, formerly known as Kevin Wendell Crumb, resulting in a series of battles, and yet Elijah Prays masterfully orchestrates the events, staying in the shadows and having the secrets the weaknesses of both enemies.

In April at CinemaCon , the creators showed the first video picture, but now Shyamalan says that “glass” will be presented at San Diego Comic-Con next month. I wonder what they’ll show? 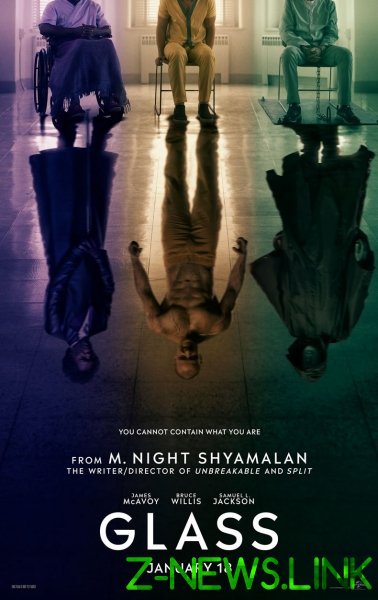