Home / Incident / The fire in the Kharkiv region: the mother died, the children managed to escape

The fire in the Kharkiv region: the mother died, the children managed to escape 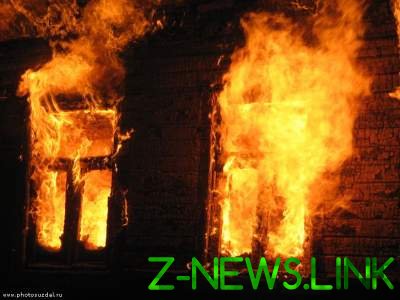 Children during a fire could get out through the window.

The tragic accident happened yesterday, November 22, at about 23:55 in Pisochyn on the street: Slobodskaya, 78. This became known from the message of sector of communications of the regional SES.

“As it became known from the words of eyewitnesses, in the house at the time of occurrence of ignition was a 32-year-old mother and her two sons 8 and 13 years”, – said in SSES.

See also: In Krivoy Rog in the fire burned alive a man

The children were able to get out on the street from the burning house through a window, and the mother remained in the room. The charred body of the mother could get while fighting a fire. To fully extinguish the fire managed at 03:39. The exact cause of the fire is still unknown, who conducted the examination to establish.