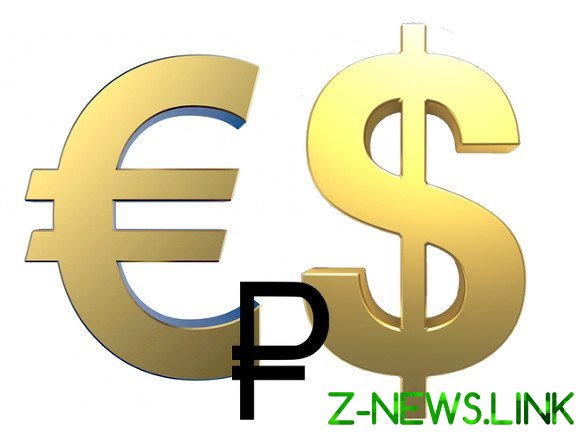 The Russian government is interested in weak national currency. Such opinion to the correspondent of “Rosbalt” was expressed by the researcher, Center for modernization studies at the European University in St. Petersburg Andrei Zaostrovtsev.

“As a result of all manipulations during a pandemic is a deficit budget. And the lower the rouble the more the government ruble foreign exchange earnings from exports. The connection is clear: with a strong ruble for one dollar, the government gets less. And all obligations of the Russian government in rubles”, — said the economist.

In addition, according to zaostrovtseva, the Central Bank has stopped foreign exchange intervention — in other words, he no longer sells the currency. And with that termination a weak ruble, the Central Bank is also beneficial.

“The reasons that the ruble falls — several. This is due to oil: the OPEC agreement, we began to get smaller, and we have decreased revenue due to the decline in exports. In February the price per barrel was $ 60, now 40 — it has fallen by a third. Because of this, we are receiving less currency, and the ruble moves to the devaluation. The second reason is the Central Bank permanently reduces the rate, facilitating access to rubles. Policy is clear — it aims at stimulating business and the economy in the context of the pandemic. However, the Central Bank rate directly correlates with the rate on Federal bonds, and the lower it is, the lower the yield. And the lower the percentage, the less the Russian market is attractive for foreign investors”, — explained the economist.

Andrey Zaostrovtsev said that to make a hasty decision on the change of currency is not necessary, since it is not known whether realized ruble to a low point or not. His fall may continue in the autumn, and that means more expensive imported drugs, equipment, and other products.

Earlier, the “Rosbalt” wrote that the Russian national currency continues to lose ground to the dollar and the Euro during today’s trading on the Moscow exchange, with the U.S. currency for the first time since may 14 exceeded 74 rubles.