Tom Holland, the man who directed the first film of the Chucky doll , and a laureate of numerous awards for vampire horror Comedy “fright Night”, he decided to try himself in the role of a children’s writer.

The book is called “How to scare the monster” (How To Scare A Monster). Holland wrote it in collaboration with Dustin Warburton. The latter, incidentally, has repeatedly acted as an assistant in such matters. Athletes Kostya dzyu, Jesse James and Dennis Rodman, too, turned to literature for collaborative writing. Well, at least Holland is really friendly with the pen, dashed off a lot of scripts, only it was a horror movie after all:

Fans of horror and just my friends repeatedly asked me if I knew a good story to read to their children, who are afraid of all the monsters. But I had no answer. So I decided to write a story myself. You can’t educate kids with “fright Night” and “Children’s games”.

Well, that sounds logical. I do not know. I have no kids, and if I were, I myself would write them stories. However, the book, Tom Holland (not to be confused with the new Spider) I would not mind. Think it will be a sort of bridge to this horror. First you learn not to be afraid babaek under the bed, and then go to meet Freddy Krueger.

So, the synopsis of the book:

Leonard Charles Vincent just can’t sleep! In the closet there’s someone! Tom Holland invites you to join little Leonard on a fun journey over bumps and potholes of history, during which he will face and even make friends with his worst nightmare.

“How to scare the monster” includes illustrations from lenny K., that you can in the trailer below. Itself book is available on Amazon, while only in the English language. 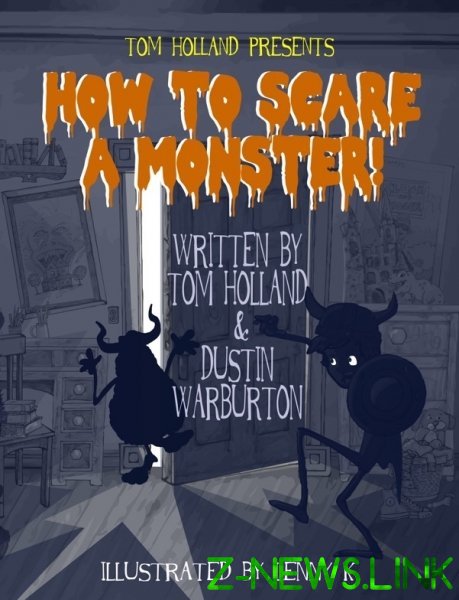