The deterioration in the area of the ATO wounded Ukrainian military 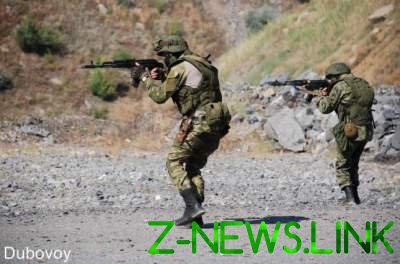 For the last days fighters 21 times violated the truce.

In the area of ATO for the past day, 13 October, the situation remained tense but fully controlled by the Armed Forces of Ukraine. The militants continued firing provocations, mostly using light infantry weapons, the press center of staff ATO.

It is noted that illegal armed groups 21 times violated the truce. In response, the Ukrainian military 14 times fire forced the enemy to respect the silence. In the fighting one soldier of the Ukrainian army were injured.

On the Donetsk direction in the evening, within an hour, the militants fired rocket-propelled grenades, heavy machine guns and small arms on the outskirts of Avdeevka. Night under machine-gun fire were Ukrainian positions at Mayorsk and Sands. Near Zaytsevy militants used weapons, infantry fighting vehicles.

At the direction of Lugansk at the end of the day the invaders twice opened fire from mortars caliber 82 millimeter grenade launchers and machine guns at the defenders of Novoaleksandrovka. As a result of military actions about 18 hours and wounded one Ukrainian soldier.

In the evening, the Pro-Russian mercenaries were used 82-mm mortars near the Crimean. And antitank grenade launchers and small arms near Stanitsa Lugansk and Valuisky.

In the seaside area with light infantry weapons, the militants shelled Ukrainian strongholds in the area of Shirokino, Hnutove and Water.