The clan of Xenia Sobchak selects the Russians crab industry 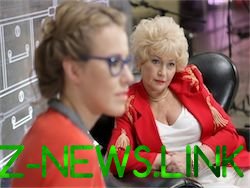 Big earner crab company “Moneron”, the share of which is trying to buy the TV presenter and former presidential candidate Ksenia Sobchak, was included in the updated government list of strategic enterprises of Russia.

According to the newspaper “Vedomosti”, about the inclusion of “Moneron” as well as several other companies in Sakhalin, in cherished to the business list before the head of the Ministry Dmitry Patrushev fussed Senator Lyudmila Narusova, the mother of Ksenia Sobchak.

Now the “Moneron” can count on state aid. Arguing in a letter to Patrushev the necessity of recognizing the enterprises of fish branch of the backbone Narusova used political arguments.

Sobchak had any problems with the completion of the transaction. Back on 30 March intervened the court of Yuzhno-Sakhalinsk, considering that the ultimate beneficiary of this story is in absentia arrested Oleg Kahn, a suspect by the Investigative Committee in the killing and smuggling of crab.

Senator Narusova has tried to influence the decision of the court of Sakhalin, directing the complaint to the President of the Supreme court Vyacheslav Lebedev. The text of the complaint was posted on the public access on the court’s website.

In the complaint she sought to restore the legitimate interests of his daughter. Video the appeal of the legislator to the higher courts did not go unnoticed.

The Subcommittee on ethics of the Federation Council took up for consideration the complaint of the Senator Narusova, as they saw signs of a conflict of interest.

According to “Forbs”, the point is that Sobchak has decided to oust the son-in-law of billionaire Timchenko in the extraction of crab. With the filing of the journalist Sergey Minaev edition calls it “crab lady”.

About what is happening in the crab industry and the role of Oleg Kahn said in a film shown on the TV channel “Russia 24”.

“The illegal extraction of crab still brings fabulous profits to the poachers… the Delicacy is extremely popular in Japan and America. And in Russia, crab meat is available most of the population, said the author of the investigation — in the meantime the resources of our country to apply enormous damage”.

The author of the investigations of officials and oligarchs journalist Sergei Yezhov considers that Narusova acted openly, without fear.

— Actions of Senator Ludmila Narusova in the interests of the business to his daughter is a textbook example of permissiveness: the representative of the government, using his abilities, defends the financial interests of close relatives. You know, corruption is not just about outright theft, but that’s about lobbying. Apparently, there is a belief in personal inviolability: because half of the current Russian elite came from the nest of Anatoly Sobchak.

In turn, the first Secretary Sakhalin obkoma the Communist party Pavel Ashihmin has a problem in that the fishing and crab industry at the mercy of private traders.

— My position is that the change from one owner to another, little will change. The population does not resent the fact that the owner of Sobchak, Caen, Kozhemyako or someone else. People resent that we live here on these resources, it is possible to take your hands out of the sea, and are forced to buy these products at world prices. After all, the price on the domestic market, we have the same as on the outside.

The same processing plants on Sakhalin live badly. Many on the brink of bankruptcy. Because those signals are not beneficial to fish and crab population is cheaper to process here, when abroad it can be sold more expensive. I worked in the fish factory, I know.

And now the fines for fishing and natural surveillance blocked people the opportunity. Therefore, the fundamental question that the crab resources and fisheries should be considered as belonging to the people. Probably, it is high time the law to establish the state monopoly on their production.

A company processing and selling of fish resources can be private.