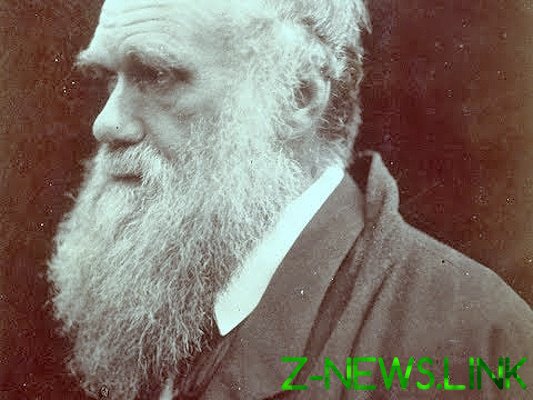 So far, only Roman Catholic and Anglican.

The Church has always been against the evolutionary theory of Charles Darwin. The servants of God could not accept the idea that all living things were created by nature, not the Creator. To replace God with a monkey? No way! But time goes, and now the Church is ready to accept Darwinian theory. So far, only Roman Catholic and Anglican.

In the middle of the 1830-ies, Charles Darwin wrote: “Disbelief crept over me at a very slow pace, but in the end took me completely”. He was inclined to atheism, and such views were directly related to his discovery that States that animals descended from other animals under the influence of natural selection, variation and heredity. A statement of great naturalist has caused uproar among the clergy. But now, finally, after almost half a century after the publication of the famous book “Origin of species” Darwin, his doctrine, endorsed and recognized the Church from two directions — the Roman Catholic and Anglican.

So, on the eve of the 200th anniversary of the birthday of the founder of evolutionary theory, in Vatican city, the sovereign territory of the Holy see and the residence of the Pope is the Supreme spiritual leadership of the Roman Catholic Church, it was officially stated that “evolution has a place in Christian theology and Darwin’s ideas do not contradict Christian doctrine”. In March in Rome will host a major conference dedicated to this issue.

Archbishop Gianfranco Ravasi, President of the Pontifical Commission, reporting on the upcoming event, announced that the theory of evolution is “fully compatible with the Christian faith” and this postulate can be traced back to the times of St. Augustine (354-430) and Thomas Aquinas (1225-1274). Ravasi explained that neither Augustine nor Thomas Aquinas had no idea about the theory of evolution, but Augustine, “knew that big fish eat small, and that forms of life can slowly transform over time”.

Thus, the Catholic Holy see acknowledged the Darwinian doctrine. Moreover, he “justified” evolutionism in the eyes of their members, refused to support the doctrine of creationism — the theory of the clergy, explaining the origin of all life the divine will. Now this doctrine, the Vatican transferred to the rank of “cultural phenomenon”.

In the footsteps of the Roman Catholic Church went and Anglicans. The Anglican Church (as The Church of England) community of national Churches, which regarded religion as one of the areas of early Protestantism. Anglicans often call their Catholic faith, and in the same way as representatives of the Roman Catholic religious direction, has long been against the “anti God” the theory of evolution.

Now, after 126 years after the death of the outstanding scientist, the Anglican Church intends to apologize for his hostile attitude to Darwin and his hypothesis of the origin of species. The head of public relations Department of the Church of England Malcolm brown (Malcolm Brown) posted an article of apology on the Anglican website. “Charles Darwin, in honor of the 200 anniversary from the day of your birth (in 1809), the Anglican Church brings you apologize for the misunderstanding and denial of your theory, subsequently caused the failure of this theory in the whole religious world,” — said in the text. “Is now really important to review the impact of Darwinian theory on religious teachings, then and now. The ideas of Darwin, there is nothing to contradict the teachings of the Christian Church,” explains brown.

As for Orthodox Christians, it still retains a mistrust of Darwinism. 15 x Christmas educational readings at the State Kremlin Palace in 2007, the Patriarch of Moscow and all Russia Alexy II declared the inadmissibility of the teaching of Darwin’s theory to children. Instead of theories about the origin of man from apes the Patriarch proposed to teach the biblical theory of the divine origin of man. “No harm will be done to a schoolboy if he will know the biblical teaching about the origin of the world. And if someone wants to believe that he evolved from apes, let him think, but not impose it to others” — those were the words of Alexy II.

The disagreement between the Church and science has always been, is and might be. However, the step taken by the Roman Catholics and the Anglican Church towards the Darwinian theory as “the first swallow” for a possible compromise of the divine and scientific exercise, can not but rejoice.

That’s what always respected the Catholic Church for its flexibility. Repentance for the sins of the Church John Paul II, and now – recognition of Darwin’s theory… They did well, keeping pace with the times. Our kind, in my opinion, TOO Orthodox. Even the date of Christmas can not under the modern calendar to adjust, about the rest we can only dream of.

PS from me… and in Russia there is a progress, now the Archpriest Dmitry Smirnov admitted that the Bible is a fairy tale for the uneducated population has nothing to do with reality.