Home / business / The ATO has saved military, which are presumed dead

The ATO has saved military, which are presumed dead 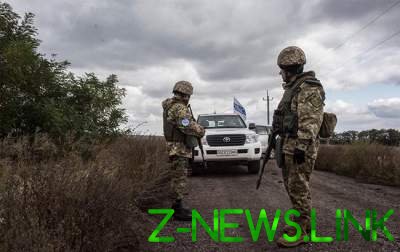 APU fighters came under fire and returned to their units

In the area of anti-terrorist operation on Donbass there were two Ukrainian soldiers who were presumed dead during clashes with Russia-backed terrorists. This reports the press center of staff ATO in Facebook.

“Two servicemen of the Armed Forces of Ukraine, which yesterday was considered dead during clashes with the enemy at the Crimea, with its combat experience and learning came from the attacks and returned to their units,” – said in the message.

We will remind, earlier it was reported that over the past day, November 24, 2017, in the ATO area as a whole recorded 17 violations of the cease fire from Russian-backed militants.