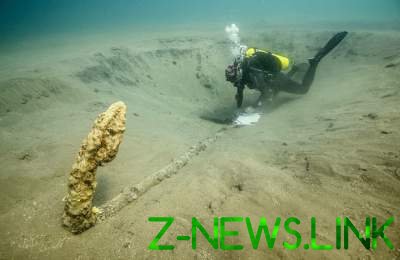 The anchor was found at the bottom of the sea to the North of Veracruz.

In Mexico, archaeologists have announced that on the sea bottom they managed to find the anchor of the ship, presumably, was part of a squadron of the famous Conquistador hernán cortés.

Tells about the discovery Archaeology News Network. That anchor could belong to one of the ships of Cortez, indicates his age. The find dates back to the Spanish conquest. However, other evidence from the Mexican archaeologists yet.

It was discovered by specialists from the research project of INAH. It is known that near modern-day Veracruz in 1519 hernán cortés deliberately sank 10 of their ships to prevent the desertion of soldiers.

Cortés landed in Veracruz in April 1519. By August 1521 he conquered the Aztec Empire. The national Institute of anthropology and history of Mexico has already said that the proof search facilities of the armature continues.

The fact that the hypotheses here were opponents. Immediately after Cortes, in the same area came another Spanish expedition. It is possible that the anchor could be from one of these ships.

By the way, accurately Dating the find helped wooden cross. She was not damaged. The analysis showed that the cross was made of oak, growing in the North of Spain and felled between 1450 and 1530.