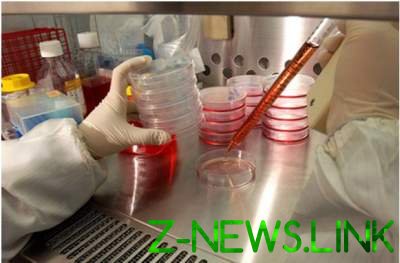 CAR-T therapy can cause serious side effects.

CAR — chimeric antigen receptor that consists of two protein fragments. One of them is part of antibodies, which are able to selectively communicate with the foreign molecules (antigens), and the other is an activator of lymphocytes (T-cells) that destroy antigen carriers. The gene encoding CAR, into the immune cells, isolated from the human body, after which T-lymphocytes gain the ability to recognize the cancer and destroy it.

Used to of drug therapy Kymriah containing modified cells of the patient, developed by pharmaceutical company Novartis. This tool is approved for the treatment of children and young people suffering from varieties of blood cancer called acute lymphoblastic leukemia. In clinical trials the safety Kymriah was attended by 63 people, most of them didn’t have cancer.

CAR-T therapy can cause serious side effects. So, testing another drug on the basis of hybrid proteins, developed by Juno Therapeutics, has been canceled due to the death of the patient. Treatment may lead to the syndrome release of cytokines — hormone-like proteins secreted by T-cells. This condition is characterized by systemic inflammation of the body, in which a high risk of death. In addition, when testing Kymriah some cancer patients relapse.