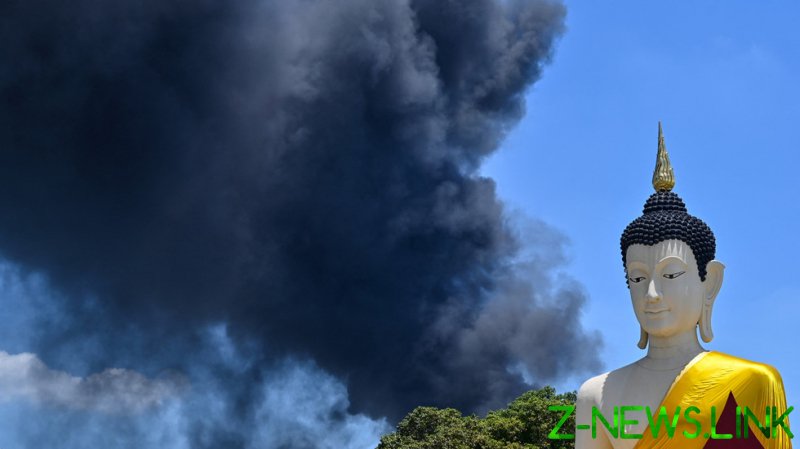 The explosion occurred in the early hours of Monday at the Ming Dih Chemical factory, located in a village outside the Thai capital. The factory produces plastic foam and pellets.

According to reports, the resulting fire engulfed the entire factory compound – comprised of five or six warehouses – as well as homes and buildings within a one-kilometer (0.6-mile) radius of the blast site. The explosion was reportedly felt up to 9km (5.59 miles) away.

Dozens of firefighters rushed to the scene of the massive inferno. First responders were also seen aiding people injured in the blast and subsequent blaze. Some 21 injuries were reported.

Although the blaze was eventually contained after several hours, large plumes of black smoke could still be seen coming from the smoldering ruins of the factory. There are still isolated fires within the compound, according to reports.

Police have ordered an urgent evacuation within 5km (3.1 miles) of the factory due to fears that there could be another explosion. Three tanks of chemicals reportedly remain within the factory, which could trigger another blast.