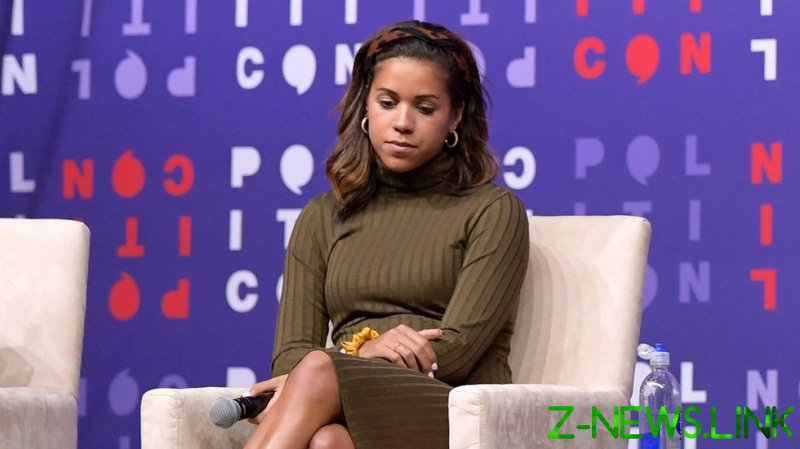 The pick of Alexi McCammond to lead Teen Vogue was announced by parent company Condé Nast last week. The 27-year-old former Axios reporter “embodies the best of our next generation of leaders,” and is to take charge of the publication, which recently took a tilt to being more political, starting March 24. Some of her future subordinates already foresee a problem with their new boss, however, because she posted some mean tweets about Asian Americans and gay a decade ago.

A statement on Monday from “more than 20 of the staff members” said they had contacted Condé Nast’s management about McCammond “in light of her past racist and homophobic tweets.”

McCammond’s less-than-stellar Twitter record first came to light in November 2019, after she publicly accused US National Basketball Association star Charles Barkley of physically threatening her, when he told the then-reporter: “I don’t hit women, but if I did, I would hit you.” He subsequently issued an apology and said his remark was an “inappropriate and unacceptable” attempt at a joke.

Amid the controversy, internet sleuths searched McCammond’s social media record and discovered a number of tweets that smacked of racism towards people of Asian descent and homophobia. They dated back to 2011, when the journalist was a student at the University of Chicago. She apologized for those old posts and deleted them.

Digging deep into social media and using uncovered dirt for public shaming was in vogue at the time. The tactic was sometimes deployed even against common folk who happened to draw media attention for non-political reasons, such as Iowa sports fan Carson King. He became a sensation by jokingly asking for donations for beer, going viral and then donating the money he received to a hospital, only to be dragged through the mud over ill-conceived social media comments he posted at the age of 16.

McCammond’s old tweets resurfaced after an announcement was made about her new appointment. One of the people who criticized the decision was Diana Tsui, a reporter formerly of New York magazine’s The Cut, who said the hire “shows that gatekeepers pay lip service to diversity. They don’t believe anti-racism policies can and should include Asian Americans.”

Responding to the outpouring of anger, Condé Nast defended hiring McCammond, saying the decision was taken “because of the values, inclusivity and depth she has displayed through her journalism. Throughout her career, she has dedicated herself to being a champion for marginalized voices. Two years ago, she took responsibility for her social media history and apologized.”

The journalist herself said she “was beyond sorry” for her old “offensive, idiotic tweets” having still been the cause of pain today. She added: “Those tweets aren’t who I am, but I understand that I have lost some of your trust, and will work doubly hard to earn it back.”

McCammond won praise for her political reporting at Axios and other outlets, and received the Emerging Journalist of the Year award from the National Association of Black Journalists in 2019. It appears Condé Nast has no intention of reconsidering her candidacy for heading up Teen Vogue.