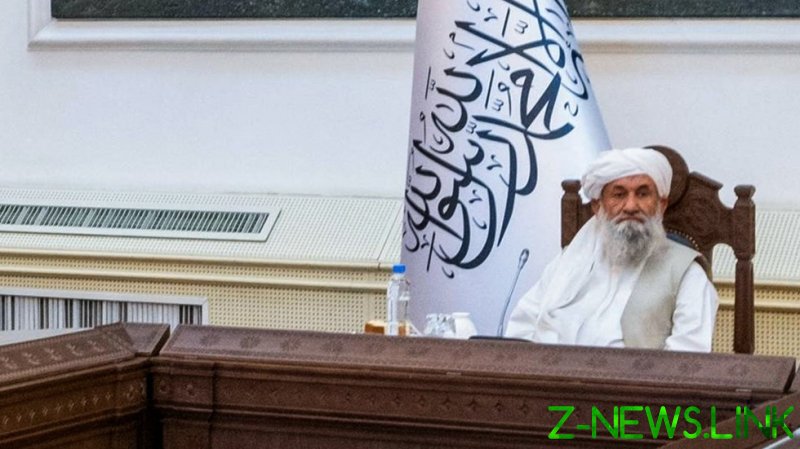 “We assure all the countries that we will not interfere in their internal affairs and we want to have good economic relations with them,” Mullah Mohammad Hassan Akhund, the co-founder of the Taliban and now the prime minister of its government, promised on Saturday.

During his 30-minute speech, Hassan insisted that the Taliban has been “trying as much as possible to solve the problems of the people,” which he blamed on the country’s previous US-backed government, calling it the “weakest in the world.”

Afghanistan is facing the prospect of a humanitarian disaster, with half of its 38 million people on the brink of starvation, according to UN estimates. Inflation has been out of control and food prices have soared as the country’s already struggling economy was further crippled by sanctions and the withdrawal of foreign aid after the power grab by the Taliban as US troops were pulled out of the country. This foreign aid formerly accounted for up to 75% of the Afghan budget under the previous administration.

“We ask all the international charity organizations to not withhold their aid and to help our exhausted nation,” the Taliban leader said.

He also reiterated the call on Washington to unlock the $10 billion in Afghan funds it froze in response to the regime change in the country.

Hassan’s address comes ahead of next week’s talks between the Taliban and the US in the Qatari capital of Doha. The group earlier said it was planning to push for the Biden administration to recognize its government and seek American assistance in reconstructing Afghanistan during the negotiations.