Home / WORLD / Syria’s truly been a site of world war, their vote for peace & against foreign interference must be respected

Syria’s truly been a site of world war, their vote for peace & against foreign interference must be respected 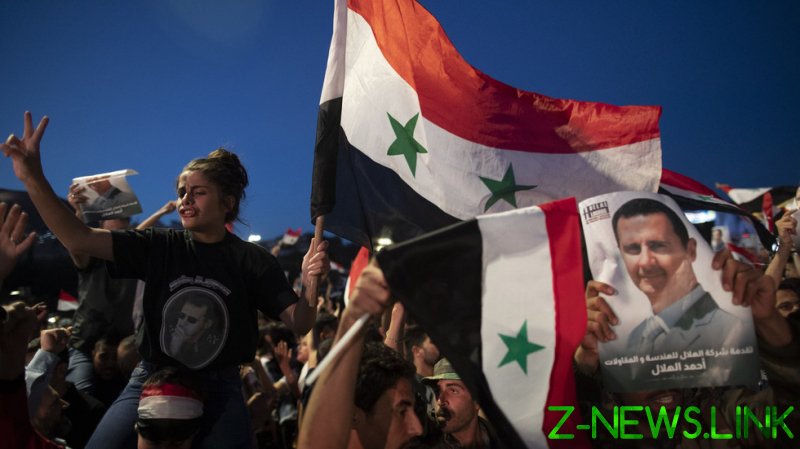 After 10 years of brutal war, Syrians expressed their relief, independence and defiance at the presidential polls on May 26. With 78% voter turnout, Syrians overwhelmingly re-elected Bashar Assad as president over his two rivals. While the West has called these elections a “sham” and made it clear in advance that it would not recognize the outcome, these elections cannot be so easily dismissed.

I have been in Syria this past week on an international fact-finding delegation. Our delegation stayed in Damascus, but also visited Douma, Jobar, Maaloula, Saidnaya and the Yarmouk Palestinian refugee camp. We witnessed the devastation which the war has wrought.

Like other cities and towns throughout Syria, Douma, Jobar and Yarmouk have been largely reduced to rubble by years of combat between the Syrian armed forces and various armed militia groups which sprang up in these towns literally overnight and quickly took them over.

We went down in the sophisticated, steel-reinforced tunnels, which armed extremist groups built throughout the country. These tunnels, through which one can literally drive a truck, go on for miles. As numerous witnesses explained to us, they allowed these groups to enter towns unseen and to begin their reign of terror in which they killed residents for minor infractions; imprisoned others, forcing them to dig more tunnels; and raped women. 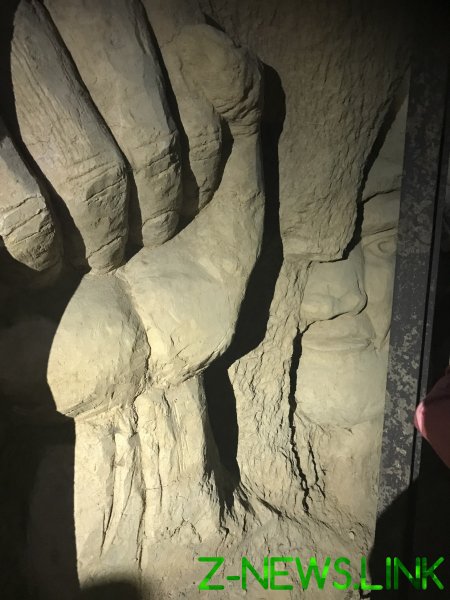 While the mainstream press in the West has portrayed the 10-year conflict as merely one between the Syrian armed forces and the civilian population, and as resulting from peaceful demonstrations against the government in 2011, this is simply not true. Rather, it seems that this war against Syria was planned years in advance, involving foreign fighters heavily supported by other nations including the US, Saudi Arabia, Israel, the UAE and Turkey.

In short, Syria has truly been the site of a world war manipulatively portrayed as simply an internal civil conflict. For saying this, I will certainly be called all sorts of names, such as “conspiracy theorist,” “Assadist,” or just plain crazy. However, it is those who would hurl such pejoratives who are taking a position which is too fantastical to believe.

As far back as 2007, the Pulitzer-prize-winning journalist Seymour Hersh was writing about the US’ support of extremist groups in Syria. In his article ‘The Redirection’ he stated: “The U.S. has…taken part in clandestine operations aimed at Iran and its ally Syria. A by-product of these activities has been the bolstering of Sunni extremist groups that espouse a militant vision of Islam and are hostile to America and sympathetic to Al-Qaeda.”

This is consistent with the revelations of US General Wesley Clark who wrote about the US’ plans, dating back to 2001, to “take out seven countries” in the Middle East and Northern Africa, beginning with Iraq and Syria, then Lebanon, Libya, Somalia and Sudan, and ending with Iran.”

Meanwhile, what we were told by people on the ground in Syria is that 2010 – the year before the troubles started – was seemingly the beginning of better times for Syria, with the economy prospering and President Assad easing internal security measures in the interest of focusing on the further building of the economy.

Then, in 2011, the US, apparently as part of its grand plan to take a sledge hammer to seven sovereign nations, led the NATO operation against Libya. This operation left Libya in tatters, divided between warring warlord factions and so debased that slaves are now being sold in public markets.

But there was another result as well, which no one denies – that thousands of jihadists which NATO partnered with to bring down Libya’s Gaddafi government then began to pour into other countries, including Syria, to try to repeat their awful victory in Libya. As one author succinctly puts it, “after civil war broke out there [Syria] in early 2011, at the same time as in Libya, the latter became a facilitation and training hub for around 3,000 fighters on their way to Syria, many of whom joined Al-Qaeda affiliate, Jabhat al-Nusra and the Islamic State-affiliated Katibat al-Battar al-Libi (KBL), which was founded by militants from Libya.”

Meanwhile, terrorists poured into Syria with the assistance of other countries as then-Vice President Joe Biden would later decry. Thus, as the Washington Post reports, Biden decried as far back as 2014 that:

Our allies in the region were our largest problem in Syria. The Turks were great friends, and I have a great relationship with Erdogan, [who] I just spent a lot of time with, [and] the Saudis, the Emirates, etcetera.

What were they doing? They were so determined to take down Assad, and essentially have a proxy Sunni-Shia war, what did they do? They poured hundreds of millions of dollars and tens of tons of weapons into anyone who would fight against Assad – except that the people who were being supplied, [they] were al-Nusra, and al-Qaeda, and the extremist elements of jihadis who were coming from other parts of the world.

Now, you think I’m exaggerating? Take a look. Where did all of this go? So now that’s happening, all of a sudden, everybody is awakened because this outfit called ISIL, which was al-Qaeda in Iraq, when they were essentially thrown out of Iraq, found open space and territory in [eastern] Syria, [and they] work with al-Nusra, who we declared a terrorist group early on. And we could not convince our colleagues to stop supplying them.

Biden would also admit that, despite the US’ long-time claim that it was supporting “moderate rebels” in Syria, there was in fact “‘no moderate middle’ in the Syrian civil war.” 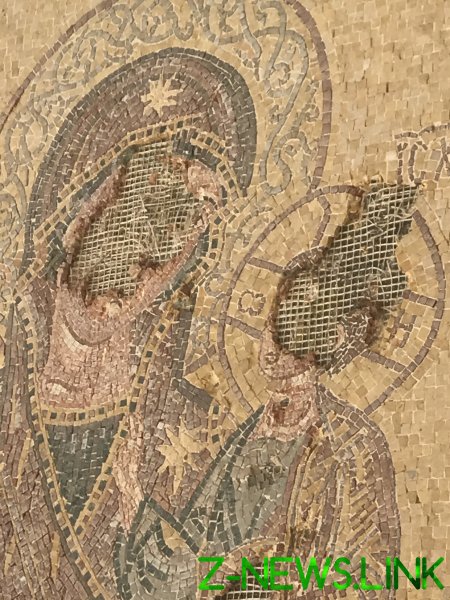 Meanwhile, the US continues to occupy approximately one-third of Syrian territory, and this happens to be in critical areas which contain Syria’s major oil supplies, and the US has illegally been taking profits from this oil while the Syrian economy has collapsed and the people have consequently suffered.

It is against this backdrop that the Syrian presidential elections just took place. It is my firm belief, after witnessing the excitement many had about the elections and the jubilation which accompanied the results, that these elections reflect the will of the Syrian people. Whatever the causes of the conflict which began in 2011 – and there is some dispute about the triggering events of this conflict, as an early report of the Arab League observer team shows – the people, presented with the choice between Assad on the one hand, and the violent extremists on the other, have chosen Assad. Again, Biden as vice-president made it clear that this in fact has been the only choice for at least some time.

They have chosen their own Syrian leader over foreign fighters and foreign governments who have invaded their land and who have brought so many of its cities and towns to ruin. In an ancient, pluralist country with numerous religions, they have chosen a secular government over religious extremist forces who were set upon creating a Caliphate in which one, single and extreme religion – if it could fairly be called that – would reign. They have chosen a single, sovereign nation over foreign intervention and fatal partition. In short, they have made the only choice, though imperfect, that rational, self-respecting people would make.

The world should honor this choice, and allow the Syrian people peace, national sovereignty and the chance to reconstruct their broken nation.