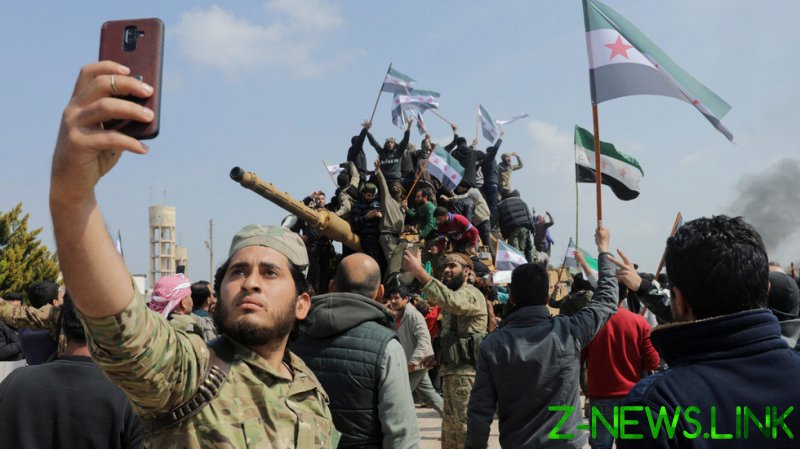 Trump opted to abandon the “transformational campaigns” pursued by the Bush and Obama administrations in favor of “working primarily through partners on the ground” to advance American interests, argued James Jeffrey in the essay published on Friday. Jeffrey was the US special envoy for Syria and the coalition against Islamic State (IS, formerly ISIS) from 2018 to his retirement in November 2020.

The Trump administration’s two major successes, according to Jeffrey, were the “destruction of ISIS’s territorial caliphate in Iraq and Syria” and the Abraham Accords, between Israel on one side and Bahrain, Sudan and the UAE on the other. The US also managed to “counter Russia’s further expansion in Syria and elsewhere” and “mobilize a coalition to counter Tehran’s malign behavior.”

Trump’s policies all revolved around the notion that Iran posed a “holistic threat” to the region and the US, Jeffrey explained. His unilateral abandonment of the nuclear deal Obama had negotiated and “maximum pressure” sanctions had a “real effect” on the Iranian economy and “regional adventurism,” the envoy wrote.

Meanwhile, neither China nor Russia were willing to bail out Iran, while the Europeans “could do little to retaliate, despite their opposition.”

While Biden’s transition team has hinted at restoring the 2015 deal that Trump tore up in 2018, it’s by no means clear whether that will be feasible at this point – or whether Tehran would be willing to trust Washington again.

Jeffrey’s praise for the outgoing administration’s Middle East policies may seem puzzling, given that in 2016 he opposed Trump as a candidate, signing a letter with fellow neoconservatives that claimed he would be “the most reckless president in American history.” The Foreign Affairs essay repeatedly hints that it was Jeffrey and his colleagues in the national security establishment that actually crafted the policy on the ground, however.

Trump’s “military advisers wanted the [US] to remain committed, while other civilian leaders sought to embed US forces in Syria and Iraq” in order to contain Iran, he writes at one point, for example. Recall also that in November, Jeffrey openly admitted that he and his colleagues “were always playing shell games to not make clear to our leadership how many troops” the US had in Syria – in effect lying to Trump, who wanted those troops to come home.

Regarding Syria, Jeffrey accused the Obama administration of having a “confused” policy of pursuing regime-change and fighting IS at the same time. Trump focused on defeating IS and “pushing Iran out” while using sanctions to “crush” the Syrian government and force regime change in Damascus.

In June last year, Jeffrey said the US sought not “regime change” but a “change of behavior,” saying that the US might theoretically accept President Bashar Assad staying in power if he complied with all of Washington’s demands in order to get the sanctions lifted – while admitting this was unlikely to happen.

The ‘Caesar’ sanctions were basically designed to prevent any work on rebuilding Syria while Assad remained in power.

The US military resisted “straying” beyond the mission to fight IS, but “eventually dual-purposed its forces in the northeast and the south to further broaden Syria policy by denying terrain and resources to the Assad government and its allies,” Jeffrey wrote in the Foreign Affairs essay.

Without a diplomatic solution – meaning Assad’s surrender – the “messy war of attrition will likely continue, but that is what worked against the Soviets in Afghanistan,” he added.

That tracks with his statement from March 2020, when he told reporters that the US troops had a new mission in Syria, to “make it very difficult” for Russia to help the Syrian government defeat the Al-Qaeda-affiliated militants.

“My job is to make it a quagmire for the Russians,” Jeffrey had said.

“Turkey and armed opposition elements in Syria worked with the United States to deny Assad a decisive military victory, and US-supported Israeli strikes in the country further limited the regime’s military options,” he wrote in Foreign Affairs, confirming that Washington had enlisted support from Ankara and Tel Aviv for its agenda, something that has been subject of speculation until now.