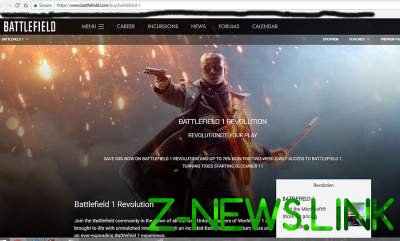 This uncertainty stems from the fact that the date was originally published on the official website of the game, but now it’s not there.

Maybe some sucker accidentally revealed the dates ahead of time, or it was a simple mistake to an official statement from EA we do not know.

With Turning Tides Battlefield 1 get naval battles, the opportunity to play for the brave Marines of great Britain, and also to take part in the RAID on Zeebrugge and to influence the outcome of the Gallipoli campaign.