Home / policy / Supererogatory alone can deal with a tank battalion

Supererogatory alone can deal with a tank battalion

Upgraded based on the combat operations in Syria, the Russian attack helicopter Ka-52M. able, according to some, easily deal with a whole tank battalion, made its first flight, which means that these combat vehicles will soon start to arrive on arms of the Russian army. 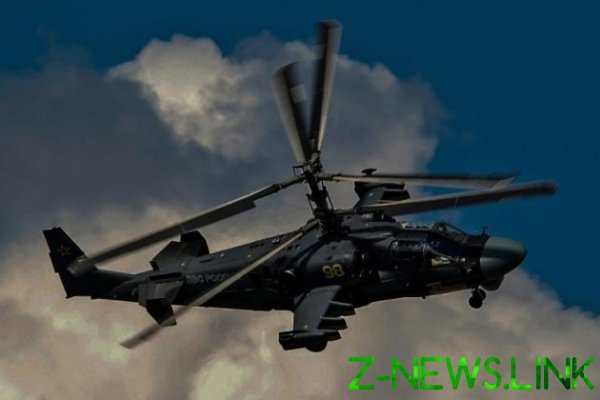 “The modernized Ka-52M “alligator” for the first time rose into the air, said the Ministry of industry and trade. “In AAK Progress im. N. And.Sazykina of the holding “Helicopters of Russia” took place the first flight of the newest prototype of the modernized helicopter Ka-52. This machine will apply the best technical solutions previously tested on helicopters produced within the framework of the state defense order and export”, – stated in the Ministry of industry. The head of Department Denis Manturov called a modernized version of the Ka-52 “more advanced and reliable military equipment”, proceed to the issue which allowed large-scale reconstruction and technical re-equipment at the Arsenyev aircraft plant. “Missiles of the Ka-52M uniform with weapons other newest helicopter, the Mi – 28NM, which allowed to significantly increase the range of objectives,” – said General Director of “Helicopters of Russia” Andrey Boginsky, quoted a press-service”, – about it reports the Russian news Agency “Interfax”.

Thus, the upgraded version of this war machine became extremely powerful opponent, given the experience of the Russian military, associated with the testing of the newest weapons in Syria, experts believe that soon “Supererogatory”, namely the so called these helicopters, will depart in the Arab Republic, where they will have enough problems.

The basic version of the Ka-52 has proven itself in use in Syria, however, experts have taken into account all the shortcomings and wishes and the cardinal way has transformed this war machine.

“Thanks to long-range missiles and powerful sighting system, this war machine will easily be able to withstand a whole tank battalion”, – military note.