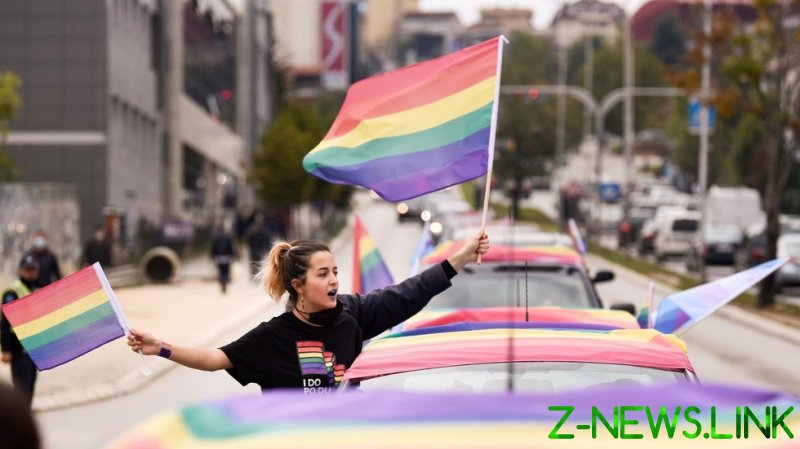 Athletes in the process of transitioning to female remain significantly stronger than their biologically-born competitors even after a year of receiving hormone therapy, researcher Timothy Roberts of Children’s Mercy Hospital in Missouri revealed last month in a retrospective study published in the British Journal of Sports Medicine.

Roberts used five years’ worth of US Air Force data to track the performance of transitioning servicemembers during their regular physical examinations. Only after two years do trans athletes begin to perform more in line with their adopted gender, the study found.

Even so, the data showed that transwomen still ran 12 percent faster than their cisgender female peers after two years.

“For the Olympic level, the elite level, I’d say probably two years is more realistic than one year,” Roberts told media when the study was published. The International Olympic Committee currently only requires transwomen to be on hormone blockers for a year, and Roberts acknowledged that “this may be too short if the aim is a level playing field.”

Proponents of keeping women’s sports strictly for biological women have supposedly glommed on to Roberts’ study to bolster their arguments. The researcher has denied harboring any views in that direction. Only the Olympics need concern themselves with the new discoveries, he suggested.

The author also argued that those transwomen who transition before or at puberty do not have any advantage at all “and should be allowed to compete with all the other people who are born women.”

Researcher Joanna Harper, herself a transwoman, took things even further, arguing that Roberts’s findings only served to confirm that the transitioned athletes eventually reach parity in women’s sports. She also suggested that it was “not necessary for all advantages to be removed,” but the important thing thing was for trans women “to perform more like cisgender women than like cisgender men.”

Roberts seemed to agree with Harper, suggesting that rather than attempt to control for biological differences, sports authorities should come to terms with the fact that “the playing field has never been totally level” because female-born athletes often have higher testosterone than the average.

On social media, however, Roberts’ study has been widely mocked as most users found it head-scratchingly obvious.

Others pointed out the less-than-convincing experimental setup, warning that its flimsy conclusions would only allow “transphobes” to “use this to justify discrimination.”

In the US, Idaho became the first state to bar trans athletes from competing against the gender they have adopted, no matter how long it has been since they transitioned. Other states, including Missouri, New Hampshire, Georgia, and Washington, have drafted similar legislation, though it has yet to pass.