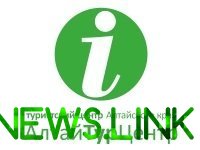 The organizers of the multiethnic festival of cultures called popular with the public guests of celebration of Day of Russia, which in 2019 re-arrange at the tourist complex “turquoise Katun”. Among hundreds of performers from different regions of the country and abroad, speakers at the festival on 12 June, the popular folk band “Otava E” and farcical theatre “Papanasini” from St. Petersburg.

As reported by the organizers of the VII all-Russian festival of traditional culture “Day of Russia on turquoise Katun”, the climax will be a gala concert. The best folklore groups and national associations will present the entire palette of cultural traditions in the Altai. The concert program will also participate in very famous Russian etnopolitika. For the fourth time coming to the Altai stars Russian folk band “Otava.” For three years they delighted the modern treatment of traditional Slavic songs guests “Siberian carnival” under Belokurikha. To make people laugh in the tradition of the wandering the theater buffoons are going to St. Petersburg “Papanasini”. On stage there will be Muscovites – “Cossack Circle” and Sergei Starostin, Voronezh folklore ensemble “Will” and Alexey Hovalyg from Tuva.

In the final event of the festival will join creative groups and folk artists from Tatarstan and Khakassia, Krasnoyarsk region, Omsk and Chita, Moscow and Chelyabinsk, Novosibirsk and Kemerovo regions and other regions of Russia. June 12 at the “turquoise Katun” will be possible to admire the whole palette of culture and life of the peoples of Altai. In addition to the national associations of our country to the celebration will be joined by teams from Kazakhstan and Kyrgyzstan.

We recall that in Day of Russia on “turquoise Katun” will be a presentation of ethno-cultural associations and the fair will be a “Living craft”. Ethnochoreology will be invited to a tasting of dishes of national cuisine and master classes in traditional crafts, national games and dances. And the audience will enjoy a beautiful spectacle of dance, the procession of folk groups.

The beauty and wisdom of the folk songs, the comeliness of their traditional clothes, live energy national dances, warmth of folk artists, picturesque landscapes – all this will give guests a festival “Day of Russia on turquoise Katun”.

VII all-Russian festival of traditional culture “Day of Russia on turquoise Katun” will be held on June 12, 2019, one of the most beautiful places of the Altai territory – on the territory of the tourist complex “turquoise Katun”. The festival annually brings together nearly 700 artists and craftsmen from different regions of Russia and CIS and more than 10 thousand visitors.