Some quests in the Cyberpunk 2077 include up to five paths 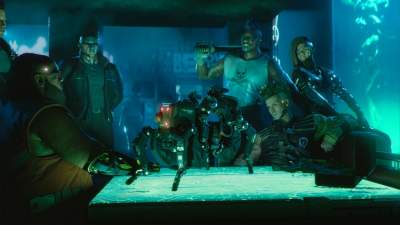 In Cyberpunk 2077 will be more ways of completing quests than in Diablo 3.

Studio CD Projekt RED is preparing to demonstrate Cyberpunk 2077 at E3 2019 – in June, the players certainly will find a lot of things. And while the creators produce fresh information in small portions. However, almost any news about the project are interesting: for example, in a recent podcast, German magazine Gamestar senior designer quests Philip Weber (Philipp Weber) and level designer miles Tost (Tost Miles) told me that jobs in the new RPG will be made even more difficult than in The Witcher 3: Wild Hunt.

The information from the podcast published by the Reddit user. Weber and Toast noted that the structure of the quests in the Cyberpunk 2077 “three to five times” more complicated than in The Witcher 3. We are talking about the number of ways of performing tasks. Apparently, now the developers Refine the mission, adding new paths. According to the designers, one of them the hero initially had to drop the weapon, but later it was changed so that he had the opportunity to oppose the order. Also created various scenarios of development of events after the character gives weapons.

The developers try to “logically and rationally” to fit the quests with all possible scenarios in the story. Overall quality will be much higher than in the third of The Witcher, as the team became more organized. For example, a critical design element of the missions in the game 2015, it was vidimce flair. The user had to use it too often, and if one designer could not pay attention to this feature, the gamers sooner or later it was noticed. In Cyberpunk 2077, the player will not have to do the same.

“My goal as a designer of quests is to allow the player to use to complete assignments of different new features – for example, the ability of the hacker class NETRUNNER (Netrunner), – Weber wrote in a comment on Reddit, which has clarified some points, misunderstood gamers because of translation difficulties. – In some cases because of this a number of ways to accomplish certain missions grows to three to five. This is somewhat complicated work, but to be honest, doing this is very exciting”.

About such improvements in the system of jobs, the lead designer of quests Patrick mills (Patrick Mills) said in an interview with EDGE last year. Then he noted that the authors strive to make every secondary mission full history, not inferior to the level of study of the main plot. Even earlier, in August, the developers said that the outcome of secondary quests can affect even the ending of the game.

Cyberpunk 2077 is created for PC, PlayStation 4 and Xbox One. Official information about the release dates no, but if you believe one of the partners of CD Projekt RED creative Agency Territory Studio, will release in 2019.