Home / policy / Sociologists: almost 60% of Muscovites have expressed readiness to vote in the elections to the Moscow city Duma

Sociologists: almost 60% of Muscovites have expressed readiness to vote in the elections to the Moscow city Duma 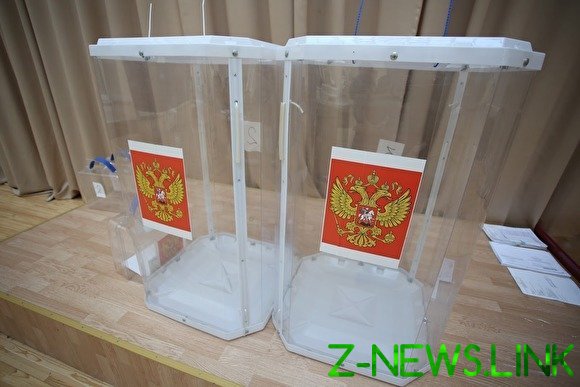 Almost 60% of Muscovites have expressed readiness to vote on elections of deputies to the Moscow city Duma. According to the survey of Fund “the Petersburg policy”, and 33.7% of respondents said “definitely ready” to take part in the vote, another 25.1% of respondents said that “more willing” to come to the polls on 8 September.

While 67.5% of Muscovites who participated in the survey said that at the moment I do not know for whom they will vote, and only 14.3% of respondents said that they have already firmly decided on the choice.

According to the survey, 41.2% of respondents know that in Moscow held a protest against non-admission to elections of a number of independent candidates. At the same time, the opinion of the residents of the capital for the correctness of such shares divided: 31% does not support such meetings, and another 31% support (of which 10% of respondents are willing to participate in the protests, 20% — are not ready).

We will remind, three weeks ago VCIOM has been conducting a survey among residents of the capital, in which it was found that willingness to participate in the elections expressed by 44% of respondents.

In Moscow ended the first stage of election campaign on elections to the Moscow city Duma — the district election Commission passed the decision on registration of candidates. Not admitted to the election were almost all independent candidates: Ilya Yashin, Love Sable, Dmitry and Gennady Gudkov, Julia Galiamina, Konstantin Jankauskas, Alexey Soloviev, Sergei Mitrokhin and others. On the eve of the unregistered candidates met with CEC head Ella Pamfilova, who said that a register of all independent candidates possible under the law. Pamfilova also said that “no one will create comfortable conditions,” because the election is a “political struggle”.

In this regard, the independent candidates have declared carrying out uncoordinated actions of protest, which will be held on Saturday, July 27, at the walls of the Moscow city hall. Metropolitan police Directorate has published on its website information on how to participate in actions that are not coordinated with the authorities, prohibited by law.