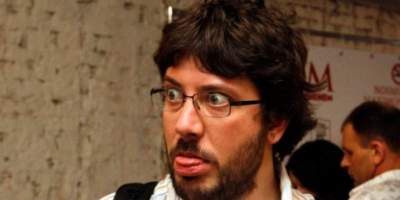 Russian blogger and designer Artemy Lebedev, who denied entry to Ukraine, told about the sudden meeting with Ukrainian in the Solomon Islands.

“Arrived in the village of Lata, on Nendo island, which is part of a group of Islands Santa Cruz in the Solomon Islands. It’s such an ass that even Google maps is not marked. And there is an airport – a mere strip of country land. even have a terminal, like a bus stop. It is possible to get on the road, as you round the back of the fence is still there.

And there on the runway are two white guys in orange vests with theodolites. They were just as surprised as local residents (in which everything is the same as in New Guinea – black and curly). Come to us, word spread. In English, of course. Someone from our group asks, say, what, where? One man says I am from Kiev, and we do the airport upgrade.

I walk up to him then and say Hello:

– And what you have here in the city is interesting to look at? What night club the best? – I ask just for fun, as on the island of 600 people lives.

– I don’t think there’s much to see here, says the Kiev.

So no word in Russian and did not say. Although well-understood. To work in Oceania, to a hot summer day on occasion send Moskal nah… – is the highest order of snobbery”.

“It’s not their language. You have the right. Th DOE*alsya? Said in English most likely people to understand: it’s good manners”, “Ahahaha people from Kiev krasava!!! 100% sure I heard a Moscow accent (I think he is the most nasty) and morotola from you :))”, “How strange – Russian tanks utyuzhat the Donbass, and Ukrainians do not want Russian blogger to communicate. And then Lebedev would add – Ukrainians!! We’re good!”, “It’s not snobbery.Now the Gulf between our peoples from Oceania and back!”, “It’s okay – he’s out of a sense of disgust,” “Glory to Ukraine!” – commentators write. 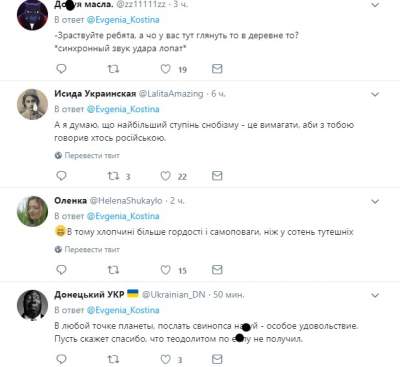