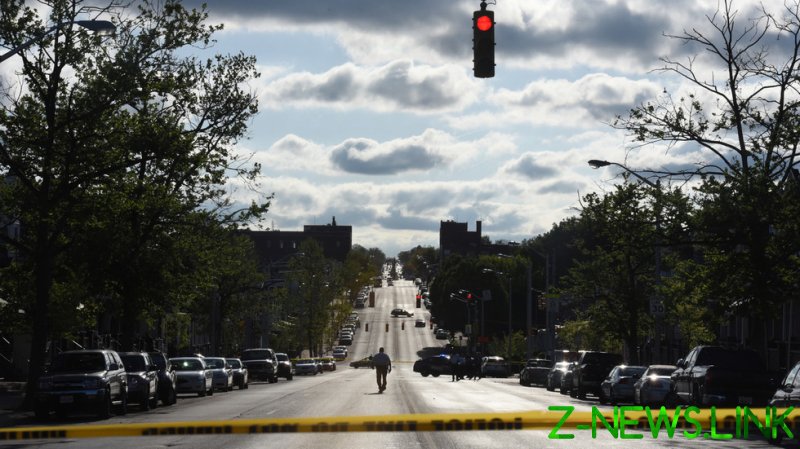 The full bench of the Fourth Circuit Court of Appeals in Richmond, Virginia ruled 8-7 on Thursday in favor of Leaders of A Beautiful Struggle and against the Baltimore, Maryland police department, declaring the Aerial Investigation Research (AIR) program unconstitutional.

The ruling is the “most significant 4th Amendment victory in quite some time, and will have national (and hopefully via norms, international) impact,” wrote Snowden, who exposed the warrantless federal spying on Americans in 2013. “We have a reasonable expectation that our daily movements will not be persistently monitored, and Baltimore violated that.”

In the majority opinion, the appeals court said the AIR program is a “photographic record of movements, surpassing the precision even of GPS data” and cell service location information, which transcends ordinary police capabilities and is “anathema” to values enshrined in the Fourth Amendment.

Such a “dystopian program” should have never been permitted in the first place, said the American Civil Liberties Union (ACLU), which represented the plaintiffs before the court.

The ruling reverses the earlier decision by a federal district judge and blocks Baltimore from using any of the data obtained by the program in ongoing criminal investigations or trials. Baltimore argued the lawsuit was moot, because it voted to end AIR back in February, after the new mayor – who publicly opposed the program – was sworn into office.

AIR was announced in December 2019 by Baltimore PD Commissioner Michael Harrison. Three town hall meetings on it were held in March 2020 – one in person and two virtual, after the Covid-19 lockdowns began. Baltimore approved the contract with Ohio-based Persistent Surveillance Systems (PSS) on April 1, 2020. It was funded not by the taxpayers, but by Arnold Ventures, a private charity, to the tune of $3.69 million.

It was the second time Baltimore has tried aerial surveillance, after a similar program was exposed and shut down in 2016.

Leaders of a Beautiful Struggle (LBS) – an organization “dedicated to creating transformative public policy” with the aim to “drastically improve the conditions of Black people” in Baltimore – sued in April 2020. Amici briefs on their behalf were filed by the NAACP, Electronic Frontier Foundation, Brennan Center for Justice and National Association of Criminal Defense Lawyers, among others.

The majority agreed, citing – among other things – books by Angela Davis and Ta-Nehisi Coates, from whose 2008 memoir the LBS took their organization’s name.

Accusing the majority of “an indefensible exercise of judicial overreach,” the dissenting judges said the ruling “does irreparable damage to our federal system” and is a “blow to self-determination everywhere.”

They also argued that a 2018 US Supreme Court verdict supported the surveillance program and that Baltimore had the democratic right to try it in order to solve homicides that disproportionately affect African Americans.