The craze for selfies has died down in summer 2015, but still continue to come out smartphones, is tuned for self-portraits. One of them was a new V7 Vivo, the main feature of which is a front camera with high resolution of 24 MP. 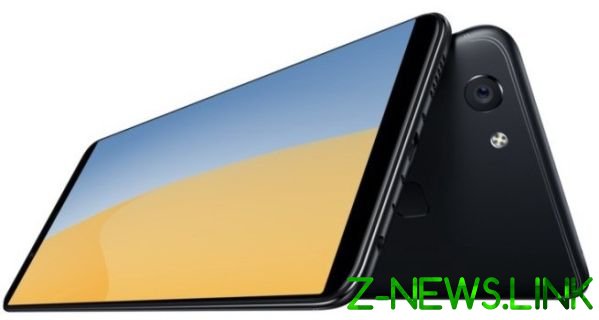 Smartphone Vivo V7 is a Junior version of the model Vivo V7+ with a screen of 5.7 inches instead of 6 and a resolution of HD+ or 1440х720 pixels. Assembled cell phone CPU Qualcomm 435 with 4 GB of RAM and drive on 32 GB, and a microSD slot you can place a card up to 256 GB. Front camera in Vivo V7 received a 24-megapixel sensor, and the main shoots in a resolution of 16 MP is for some reason only one module, although the trend is a double module.

In both cases, the aperture equal to F/2.0. The smartphone is powered by built-in battery capacity of 3000 mAh and can work with two SIM cards and connect to cellular networks of the fourth generation. V7 Vivo is about 290 dollars, and the price includes the GPS receiver, Bluetooth 4.2 and Wi-Fi 802.11 ac. But Android 8 Oreo here – instead, it is already outdated Android IOS 7.1.1 with a proprietary shell FunTouch OS from Vivo 3.2.