Shkiryak told who is behind high-profile murders in Ukraine 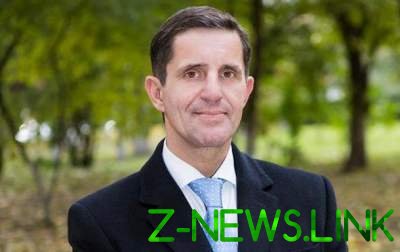 All the murders and acts of terrorism can be traced Russian trace, said Shkiriak.

In Ukraine, all high-profile murders and attacks in recent time brings a Russian trace. This was stated by Advisor to the Minister of internal Affairs Zoryan Shkiryak in an interview 112.ua.

According to him, today one of the main elements of Russia’s hybrid war against Ukraine is the transfer of terror in a peaceful area.

“Indeed, in recent years, there have been several high-profile crimes. We start from the first horrific terrorist attack: Pavel Sheremet. Then there was the murder of Denis Boronenkov, then the murder of Colonel Kharaberyush, then Maxim Shapoval. Subsequently, the murder Makhauri, then the terrorist attack near the espresso TV channel and murder of the Amines Okueva,” – said Advisor to the Minister.

However, he was sure that all the episodes can be traced to the style of the Russian special services.

“Immediately after the murder Sheremet I said that this is the work of the Russian special services. They will have to do that in crowded places so that it received wide attention. All of these crimes are very professional. Besides killing Boronenkov, which simply helped what turned out to be not wobbly hand guard. Otherwise, believe me, would be a different situation,” he said.

At the same time Shkiryak noted that he does not see “the hand of the Kremlin”.

“While we never made a mistake. At the moment, if you take solving crimes where there is a proven track, we are never wrong. If there is something else, from me hat will not fall, I say, was wrong,” he said.