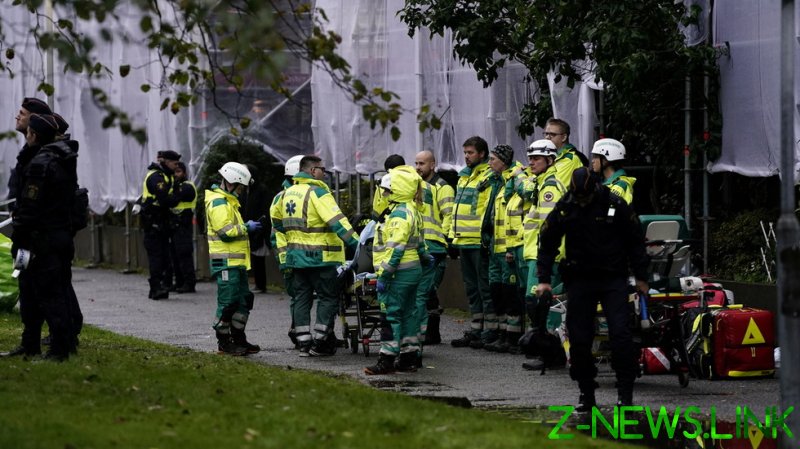 The blast went off just before 5am local time in the Annadel district in central Gothenburg, local media reported. A major evacuation was ordered from the building affected, with over a hundred residents reportedly taken to safety.

The explosion affected three adjacent blocks of flats and started a fire, which Swedish emergency services are yet to fully contain.

Around 50 firefighters from seven nearby stations were deployed to the scene to respond to the emergency. People in the area were warned to close their windows and stay inside due to the heavy smoke produced by the blaze.

The raging fire is preventing on-site investigations. The cause of the explosion was not immediately identified, authorities said.