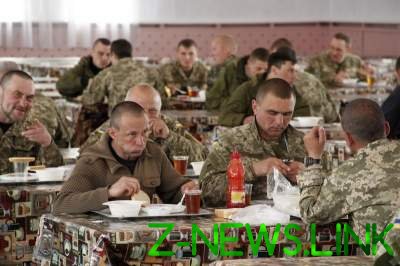 It is reported that by results of check has prosecuted 20 officials.

More than 20 military officials of the Department of defense has prosecuted the results of verification of the facts of improper military power. This was at the briefing said the head of development and support of the material support of the Armed forces Dmitry Marchenko.

“The Ministry of defence conducted a number of audits and investigations, the results of which have been punished more than 20 officials,” he said.

Marchenko added that on Friday, the Minister of defence Stepan Poltorak signed the order for dismissal from Armed forces chief of one of the laboratories that conducted the testing food and the materials of this officer were transferred to the Prosecutor General.

He said that the official is in the rank of Colonel, and his last name Gurin.

Earlier it was reported, how do you eat fighters of VSU, does not see Poroshenko.